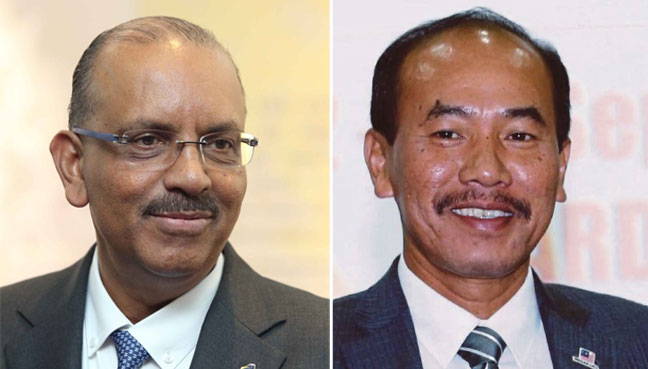 Secretary General of the Treasury Ismail Bakar will take over the position tomorrow.

Ali Hamsa (left) will be replaced by Ismail Bakar as chief secretary of the government.

Earlier this month, a source from the Public Service Department told FMT that Ali is expected to retire on August 29 after holding the position for six years.

The source also told FMT that Ali's contract would not be extended, despite the fact that several quarters were being spoken in the hope that he would receive an extension.

Ismail was appointed Secretary-General of the Treasury on 12 June.

Ali, 63, was appointed head secretary of the government in 2012. He was among the top officials who were retained by the new government that took power after the May general election.

A chief secretary is the head of the civil service whose position comes after the prime minister, the deputy prime minister and the cabinet members. The Yang di-Pertuan Agong agrees to the appointment of a person on the basis of the advice of the Prime Minister.

The G25 group of former prominent officials recently urged Ali to distance themselves from criticism from various sides, including Prime Minister Dr Mahathir Mohamad who said he had inherited a government whose top officials were corrupt.