Another elephant dies in Sabah 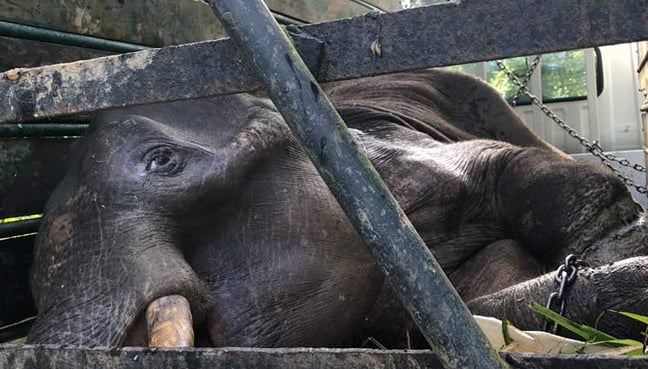 KOTA KINABALU: Another elephant in Sabah died more than a week after being injured by a snare in a forest reserve, bringing the total number of elephant deaths to 26 this year.

The male elephant, about 5 years old, died while being transported to the Borneo Elephant Sanctuary (BES) for further treatment.

On 20 August he was rescued at the Ulu Segama forest reserve in Lahad Datu after being found wounded.

Sabah Wildlife Department (SWD) said that a veterinarian and several rangers have been sent to the site to save the elephant.

"He had a heavy and deep wound that was already on the bone, the elephant also had a very bad body condition and seemed weak," said SWD spokesperson Siti Nur Ain Ampuan Acheh.

She said that further treatment should be done at BES in Kinabatangan.

"Unfortunately, it did not respond well to the treatment and died while it was transported there at 8.40 am," she said.

SWD director Augustine Tuuga said that during the last death they were investigating the manager of an adjacent plantation.