Conflicting accounts about arrests in the waters of Langkawi 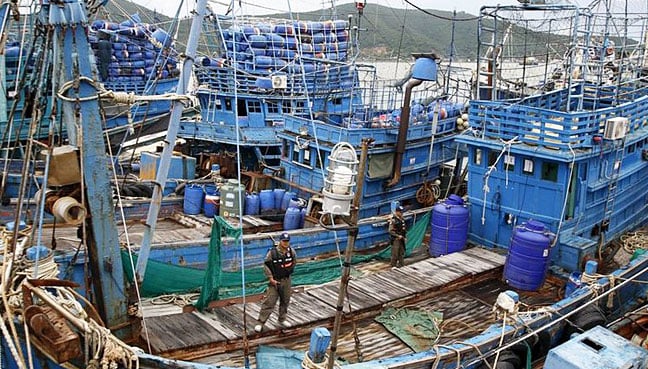 BANGKOK: Conflicting reports have appeared about what happened two days ago in the waters near Pulau Langgun in Langkawi, where the Malaysian police arrested four Thai and Thai authorities who in turn arrested four Malaysians.

The Thai claim that the three Satun policemen and a deputy village head arrested by the Malaysian authorities only did their duty to prevent foreign fishermen from being banned in Thailand waters.

"Both Malaysia and Thailand have their own claims, and for now we want people, four Malaysians and four Thais to return to their families for Hari Raya Aidiladha," said Satun Governor Pattanapon Rattanapichetchai Bernama today.

He said that investigations to ascertain which side was wrong would take time and could mean that all the men currently held by the Thai and Malaysian authorities can not celebrate Aidiladha tomorrow with their loved ones.

Both parties, the governor said, had to talk to Aidiladha to solve the case.

As a result of a meeting between Thai and Malaysian officials, chaired yesterday by Pattanapon, four Malaysian fishermen detained at the Satun police station were returned by the Thai authorities to Langkawi at eleven o'clock yesterday evening.

The Thai side hoped that the Malaysian authorities will give an answer and will release the three police officers and the deputy village chief who is currently held in Langkawi.

Pattanapon said yesterday's meeting went well with both parties to support each other's efforts in resolving the case.

According to him, the Malaysian authorities wanted to set up a commission for both parties to discuss issues relating to trafficking in human beings, drugs and illegal fishing.

Despite the Malaysian authorities claiming a robbery, the Thai side claims that a group of seven policemen, along with the village chief of Tanjung Po and his deputy, patrolled patrol waters near Koh Sam (Pulau Tiga) to discourage foreign fishermen.

The patrol party tried to arrest the invading foreign fishermen when the Malaysian authorities arrived and held the three Satun policemen and deputy head of the village for alleged robberies.

They were taken to Langkawi for interrogation and their three pistols were confiscated. The four Malaysian fishermen held by the Thai authorities were transferred to Satun.

The seven police officers, including the three currently held in Langkawi, have since been released from the service in anticipation of an official investigation, General Maj Gen Supphawat Tapkiew of Satun, Bernama, said.