Defendant in the murder of the Terengganu assembler was shot dead 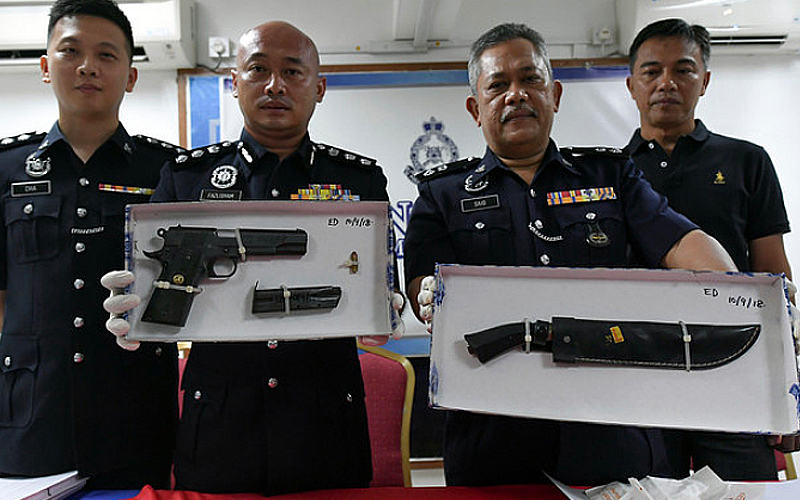 KEMAMAN: The police have shot a criminal high on the searched list for 12 serious crimes, including the murder of the former Alor Limbat collector Alias ​​Abdullah in 2015.

The suspect, Syukri Muhamad Abiah, 37, from Pasir Putih, Kelantan, died during a gunfight with a police team in Felda Neram Satu during an invasion at about 4.30 am today.

According to Fazlisyam Abd Majid, head of the Criminal Investigation Department, the man died on the spot after being shot in his chest and head.

"A police team from the Bukit Aman Criminal Investigation Team and the Kuala Terengganu police headquarters attacked a semi-completed home after the suspect was tracked after three months.

"The police had to shoot out of self-defense, a check later found him unconscious and he died of gunshot wounds," Fazlisyam said today at the headquarters of the Kemaman police. Also present was Kemaman police chief Mohd Said Ibrahim.

The police also found a semi-automatic pistol from Norinco, a bullet and a parang from the suspect on the spot.

Fazlisyam said the suspect was a criminal record on the list of wanted murder and kidnapping investigations in Terengganu, Kelantan and Pahang, and the police believe that after the death of the suspect, they have resolved various murder cases in these states.

He added that the police have not ruled out that the suspect who has a wife and three children and has been arrested several times for violent crimes and imprisoned in 2001 for harming his victims, was also a contract killer.

"We believe the suspect had many friends who helped him hide from the police," he said.