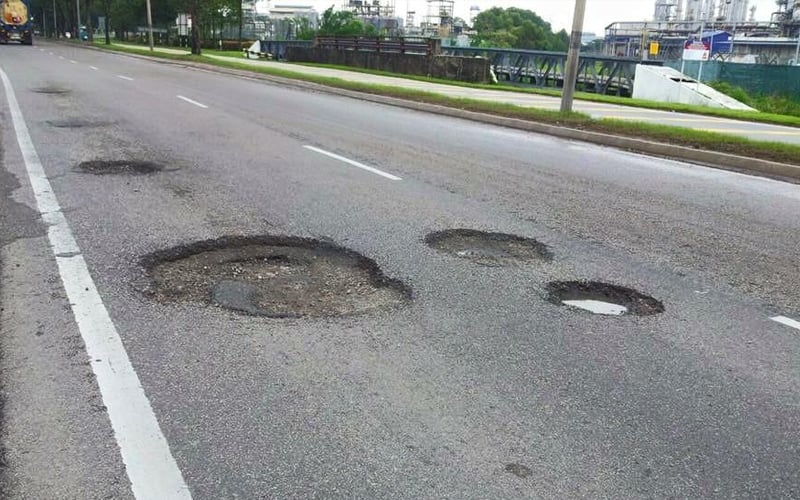 KUALA LUMPUR: Changes to the Street, Drainage and Building Act 1974 provides for a fine of RM100,000 imposed on anyone who damages a public road and not just the streets belonging to local authorities, the Dewan Rakyat was told today.

"The ministry had a meeting of the National Council for Local Government, which was attended by the relevant executive councilors of the state and they agreed to adopt this amendment with respect to their respective local authorities.

"I think that with their agreement at the meeting they will chart the act in the state and local authorities that have jurisdiction over the JKR, rural and provincial roads," she said when she completed the debate on street, sewerage and buildings. (Modification) Bill 2018 that the Dewan Rakyat later passed.

Zuraida rejected a suggestion from Abdul Latiff Abdul Rahman (PAS-Kuala Krai) for contractors to pay a deposit to the local authorities before starting a project to prevent them from ignoring any damage to roads after the end of the project.

"There's no need to charge a down payment because it's required to get permission from the local authorities – it's enough to make sure they follow the specifications and guidelines," she said.

The bill includes an amendment to article 39, which increases the fine from the current RM1,000 to RM100,000 for damage to public roads, footpaths, five-foot roads or other property of the local authorities.

In addition, the minimum fine of RM500 for taking up space on the sidewalk is increased to RM50,000 without written permission from the local or other legal authorities.

The invoice also makes it a requirement for each individual to submit a geotechnical report that has been validated by a qualified inspector for each construction with slopes of 25 degrees gradient and higher than 10 meters.

At the cost of the geotechnical report, Zuraida said that it should be borne by the developer and the parties responsible for the building and not by the local authorities.

The Dewan Rakyat is back tomorrow.