Do not steal our manifest ideas, PH candidate tells MCA-man 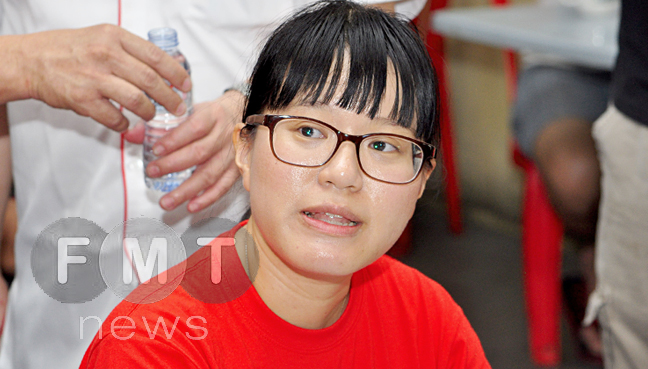 The Ph candidate for the Balakong interim election calls on her opponent, Tan Chee Teong of MCA, to be more creative in his manifest ideas

BANGI: Pakatan Harapan's (PH) candidate for the Balakong interim election, Wong Siew Ki, today beat her opponent and urged him to be more creative in his manifest ideas.

Wong claimed that Tan Tan Chee Teong of MCA had promised among other things to upgrade the infrastructure in Balakong and to abolish the toll if he won the midterm elections on 8 September.

"Tan must be more creative, do not always steal our manifest," she said.

"The phasing out of tolls is part of PH & # 39; s manifesto, not MCA & # 39; s as far as infrastructure is concerned, we're building that, my point is, do not drive our manifesto," she told reporters after a conversation in a coffee shop here today.

Minister of Working Baru Bian recently said that Putrajaya had suspended plans to abolish tolls for the motorway because of the high cost of compensating dealers.

Baru said the government would have to distribute RM400 billion, adding that this could only be done if the country's finances had stabilized.

According to Shahril Ridza Ridzuan, the former CEO of the Provider Fund (EPF), the proposal to close the toll within 100 days as described in the PH manifesto, such as restructuring of tolls could become complicated as the interests of all parties should be taken into consideration.

The EPF has a 49% stake in the toll road operator PLUS Malaysia Bhd, while the UEM Group Bhd unit of Khazanah Nasional Bhd owns the remaining assets.

The seat of Balakong fell empty after the death of the mechanic, Eddie Ng of DAP, in an accident on the Grand Saga Expressway on 20 July.

The interim election on 8 September will see a just fight between Wong and Tan.