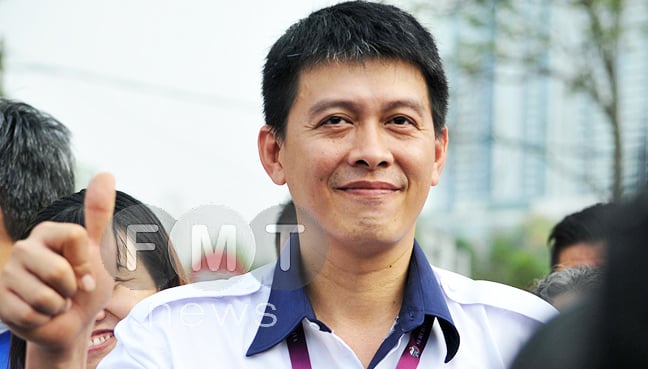 Tan Chee Teong says Pakatan Harapan has to work to solve the problems of the people, now that it is the federal government.

BANGI: MCA & # 39; s Balakong candidate candidate Tan Chee Teong has called on Pakatan Harapan (PH) to go beyond his victory in the polls of 9 May and to work on solving the problems of the people instead of politicizing.

Speaking to FMT, he said that this applied to both PH and Barisan Nasional.

"For me, when it comes to people, politicians have to take off their party shirts and go to work.

"What's more important is who cares about people, not about who is better known, we need to work together, no matter what shirt we wear, we need to build a better future for our children.

"How long will PH still brag about his victory in the general election?" Ubah "(change) is complete, and it is useless to keep talking about politics," he said.

Tan disputes the seat of Balakong against PH & # 39; s Wong Siew Ki, 32, who is a former Subang Jaya city councilor.

Tan said that those who led political parties had to meet people to understand the problems they encountered.

As a self-taught businessman, Tan took up renovation work in Balakong in the past and also conducted research into tackling flooding problems. He hopes to contribute in this way if he wins the interim elections.

Asked why certain issues, including floods in Sungai Chua, had not yet been addressed, Tan said that previous MPs could not have solved these problems or were too closely involved in certain political agendas & # 39; s & # 39;

"First it was Lee Chin Chieh, but he was not able to find the best way to solve certain problems, then Wan Azizah took over," he said, referring to Deputy Prime Minister Dr. Wan Azizah Wan Ismail. "But what was the goal of Wan Azizah who took over?"

One of the promises of Tan & # 39; s campaign is to improve the drainage system in the Balakong constituency, especially Sungai Chua.

Asked if he would win, he said, "I'm not sure, but if I win, I want to be a constructive opposition, I do not want to argue all the time.

"If I lose, I want to at least summarize what Balakong has in these 21 days, and if the PH candidate wins, they have to solve all the problems I have mentioned."