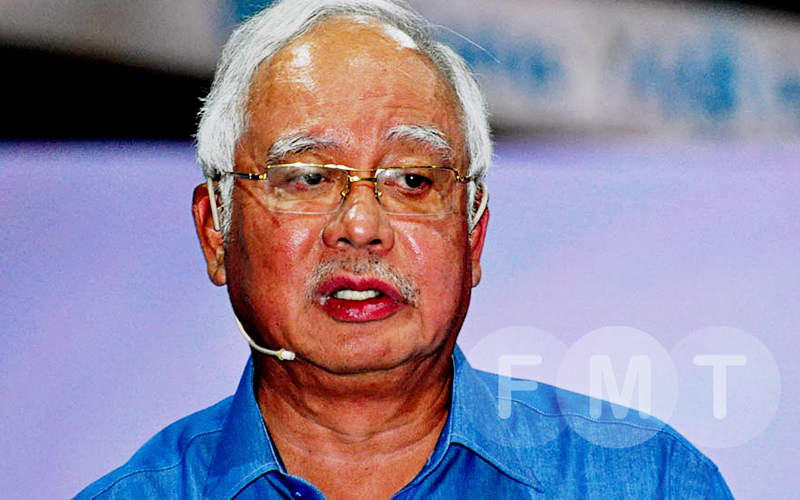 PETALING JAYA: Former Prime Minister Najib Razak reminded Putrajaya that his government had previously given millions of federal aid to the Penang government, following calls for Kelantan to reduce its financial dependence on the federal government.

Minister of Finance Lim Guan Eng, who used to be the chief minister of Penang, had revealed on Saturday that Kelantan received the highest monetary assistance from the federal government – totaling RM913 million – to cover the deficit and the expenditure of the shortage of cash.

Najib said that he had channeled RM650 million for water restructuring efforts and RM1.3 billion for the Mengkuang dam in & # 39; advanced and well-running & # 39; Increase Penang, adding that nothing was wrong in helping underdeveloped states such as Kelantan.

"I'm not happy with the actions of Lim Guan Eng, who released a media report reprimanding the Kelantan state calling for a reduction in dependence on the federal government," said Najib today in a Facebook post.

"Regardless of whether the state is under the ruling party in Putrajaya or not, we should not leave them in the spirit of 1Malaysia," he added.

The Pekan MP also took a grain to Lim for the use of federal aid when he was Prime Minister, but gave the impression that Penang had succeeded in his own ability.

"The RM650 million aid from the federal government has been abused by the DAP government since 2011, as if it were they who managed to reduce their government debt by 95% and are good in government, while BN is not," said Najib.

He said that it was an indisputable fact that Kelantan was one of the poorest Malaysian states today and he blamed the prime minister number 4 & # 39; that allegedly ceased development and other necessary projects in the state in the 1990s.

This led to & # 39; no highway or infrastructure for clean water & # 39; in Kelantan, which restricts the state's income, Najib said in a jibe to Dr. Mahathir Mohamad.

Najib also said that, when he was the prime minister, he had made plans to improve the situation on the ground by initiating efforts to develop his public transport system, water infrastructure and efforts to combat flooding, all of which had been canceled by the PH government .

Lim previously said that Kelantan was the only state to have recorded a deficit on his operating account for more than five consecutive years and that he would not be able to pay his staff without the help of Putrajaya.

Kelantan also received RM550 million in advance payments, making it the largest amount the federal government received from the states, excluding the deficit of RM913 million.

The state, which is currently led by PAS, has not yet repaid RM384 million of this advance.

Last year only Kelantan and Perlis received such assistance.