I will find it difficult to manage the economy, Anwar says 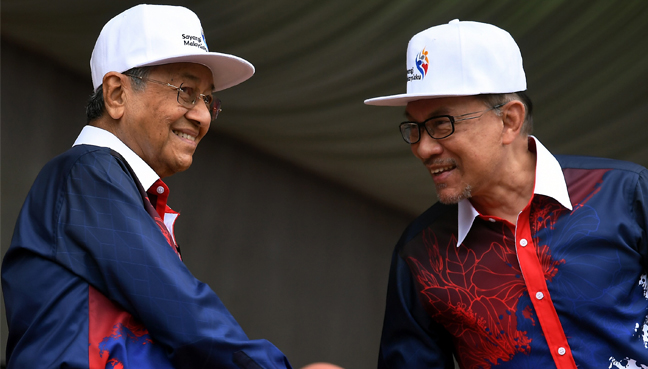 ALOR SETAR: Anwar Ibrahim admitted today that he would have a difficult task to restore the country's economy when he takes over the government.

Anwar, who plans to replace Dr. Mahathir Mohamad as prime minister under a Pakatan Harapan agreement, said no one had expected the current state of the economy.

"Even if I'm the prime minister, it will not be easy – no one could have predicted that our economy would go down and get worse by things like Felda and 1MDB," he said when he opened Kedah and Perlis PKR general meetings here.

In the meantime, Anwar said that PKR did not isolate candidates who would not receive a post in the upcoming party elections.

Instead, he said that they would have a role in the party.

"In this connection, I would advise the party members to choose the leaders who are honest, good, loyal to the fight, not arrogant, do not show off wealth, but are modest and steadfast to defend the party," he said.

The PKR elections take place from 14 September to 13 October throughout the country.