In Sarawak illegal profits are stolen & # 39; 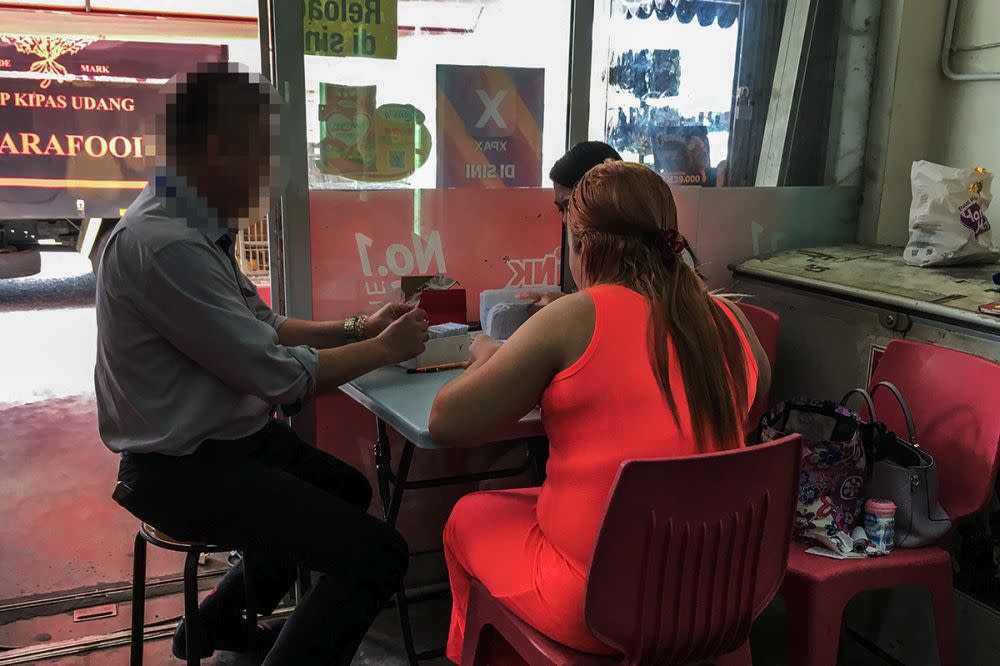 KUCHING, September 17 – A coffee shop owner in a suburb of Kuching has stacks of RM100 banknotes behind his kitchen counter.

For the past 20 years, the shop owner who only wants to be known as Ah Fook has always been able to earn a decent living with his old school cafÃ ©.

But in the past few years, Ah Fook has regularly made expensive new purchases, such as a Tissot watch, gold jewelry, custom-made shirts and new sneakers.

"This is going to be a good week! I think this month can earn about 12k," he said grinning to his regular client.

Ah Fook is probably one of the hundreds of people involved in the illegal gambling activities in Sarawak and the tens of thousands who play it.

Everywhere in the state, these unofficial lots are for sale at virtually any conceivable random outlet – from coffee shops to handheld telephone accessories to various stores.

"If you do not know where, look for an existing lottery shop like Sports Toto or Magnum, and it's likely that the store next door also sells lottery tickets," said Ah Fook.

In the last few years in Sarawak, there has been an explosion of 24-hour convenience stores, and it's no secret that you can probably buy tickets there.

Look for tell-tale pieces of paper that they use as betting slips, a small portable printer the size of a remote control, and a phone that sticks out between the smartphones.

"Many of these so-called convenience stores are a front for this 4-digit gambling bit, they are likely heavily subsidized by the same people who are gambling, but I do not know who is behind them.

"But we know it's very popular, I think everyone knows, I think you can safely assume that there are four illegal people for one legal lottery business," said one of Ah Fook's gamblers.

The reason why these illegal lottery betting is popular is simple. It is cheaper to buy at RM1 per bet, compared to RM1.10 at legitimate stores and the rewards are about 20 percent more per winning number.

The winning numbers are the same as those of legalized lottery companies – in Sarawak means Magnum, Sports Toto and Cash Sweep – and a bettor can buy the same number from all companies.

"They also have an added product, BOM – which is an RM8,000 for the winning number," said Ah Fook, adding that it was one of the most popular bets.

"When I started selling bets, not many people knew this and some were hesitant, but when the news went around and people saw the payouts, more and more people started to buy it."

In the past three years, the gambit really started in the state and became widely known.

"They have built a good reputation and communicate with gamblers, they pay cash almost immediately and some even have credit terms with their agents, some of my regular WhatsApp customers bet and pay the next time we meet. do not even have to leave their homes.

"If they win, they'll go back to the agent with the winning number or numbers and they'll give the money to the point of sale in cash, it's a pretty simple process," Ah Fook said, adding that he has a steady stream of regular customers has about RM3,000 per week.

Another advantage of the illegal game over the legitimate lotteries is that everyone is eligible.

"There is no age limit, no religion restriction, so you get Muslims who are not allowed to gamble in official lotteries and students who buy bets, nor do the operators care," he said.

"When someone approached me to sell bets, I was initially reluctant, I knew it was illegal, but they convinced me that nothing would happen," he said, insinuating that the syndicate had paid for "protection." & # 39 ;.

Authorities are aware of the problem and carry out sporadic incursions, but the operations continue.

"Sometimes they pick up people for a few hours, but I see that they are brought back and then continue to work," said another store owner in Kuching.

"We were told that even if we were to spend a night in prison, we would be" compensated "for about RM200 per night," he said.

The police of Sarawak have published news about their crackdown on the operations, but a recent check at several townships around the capital of the state shows that the company is alive and kicking. Some still operate with paraphernalia for betting in the sight of patrolling agents.

"The presence of illegal gambling outlets has absolutely affected our operations, and in the last three years business has gradually declined, so I think losses can be estimated at around 40 percent so far," said Magnum Regional Manager Liew Kee Chuan.

But the problem does not seem to disappear quickly.

"I think as long as there is a demand, there will be a supply in this case, the police must be really vigilant and make sure that it will not happen otherwise it's just too lucrative to give up," Ah Fook said.