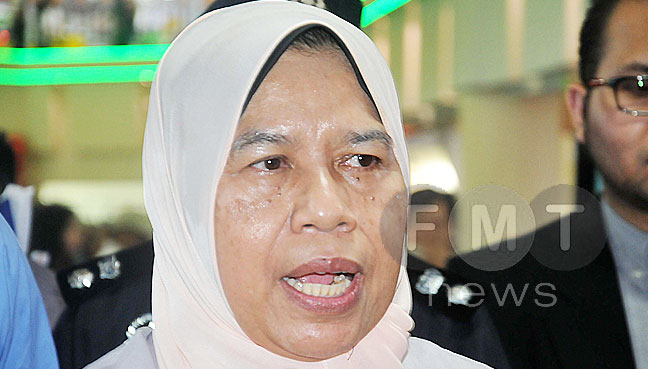 Housing and minister of local government criticize miscommunication for reporting that project would continue.

Zuraida Kamaruddin says that her ministry was looking for an alternative way to solve the waste problem.

KUALA LUMPUR: Zuraida Kamaruddin has today clarified that the proposed incinerator project in Kepong has indeed been suspended, after reports that it would continue.

The Minister of Housing and Local Government also attributed the confusion about the status of the project to a miscommunication between her and her deputy, Raja Kamarul Bahrin Shah Raja Ahmad.

Last week Raja Bahrin said on the Dewan Rakyat that the incinerator would be built according to plan.

According to The Star, the ministry said the decision was based on several reasons, including the fact that an open tender was being carried out and that the plant could become less dependent on waste disposal sites.

"He did not get an update on the project, I did not have time to update him.

"But we are looking at the project and looking for an alternative way to solve the waste problem," the Ampang MP told reporters after the launch of a Jalur Gemilang giveaway ceremony today.

The Kepong incinerator project has been revived in 2017 after it was stalled. A previous tender was canceled in 2015.

The proposed project came to the attention in 2014 with Ong Kian Ming from DAP and then urban welfare, housing and local minister Abdul Rahman Dahlan, who denounced the need for an incinerator.

Prior to the polls of May 9 this year, activists had protested against the project again by saying that at least six new housing projects would be affected if the incinerator was built.