No plot in PKR against Anwar, looks like Wan Azizah 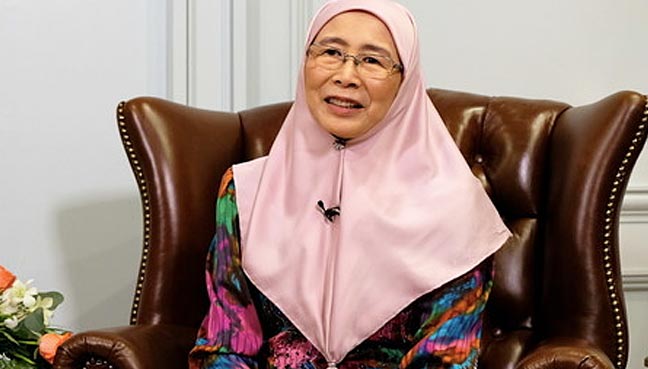 She also rejects the suggestion of factions in the party prior to her election.

KUALA LUMPUR: Deputy Prime Minister dr. Wan Azizah Wan Ismail has repeated today that PKR does not contain a statement to prevent the president-elect Anwar Ibrahim from becoming the next prime minister.

Wan Azizah, the current PKR president, has also rejected suggestions from factions within the party.

"Hatching plots? None It's nonsense," she said after performing the Aidiladha prayers at Surau Al-Falah Taman Cempaka in Pandan nearby.

She was asked if she knew about a plot to prevent Anwar from taking over the Prime Minister from Dr. Mahathir Mohamad.

Kesavan said he was not convinced that Azmin, who defends his position in the elections, really wanted Anwar to be the next prime minister, since the Minister of Economic Affairs had never expressed his support to him.

"It's for all candidates, it's fair to everyone," she said.

This was after a news portal reported that PKR had introduced some tight rules for its election candidates.