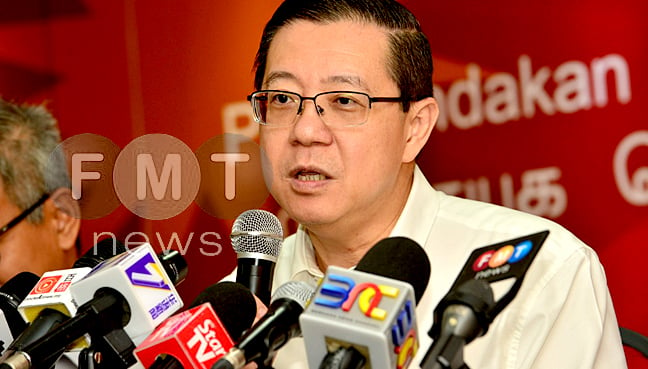 The Minister of Finance says some of the 1,653,786 cases resulting from a shortage of transfers of direct tax revenues collected in the date of the Fund for tax refunds for six years.

PETALING JAYA: During the latest events regarding the alleged misappropriation of taxpayers' money, Minister of Finance Lim Guan Eng today claimed that the former Barisan Nasional (BN) government had failed to reverse surplus income tax and property tax. pay a total of RM16.046 billion from the end of May.

This follows on from his earlier statements that refunds for goods and services (GST) of RM19.4 billion were not reimbursed to the people because BN failed to transfer sufficient amounts to the relevant trust account.

In his latest statement today, Lim said that the RM16.046 billion of outstanding tax refunds not reimbursed by the Inland Revenue Board (LHDN) involved 1,653,786 cases of companies, individuals, associations and foundations.

For cases of more than six years old that make up 29% of the total, he said, RM3.090 billion was owed to companies, while RM1.503 billion was due to individuals, associations and foundations.

Cases between four and five years old included 22%, with RM2,759 billion due to businesses and RM780 million due to the three other categories.

Cases between two and three years old included 38%, he added, where companies owed RM5.212 billion and RM913 million to the rest.

Cases that were one year old now consisted of 11%, with RM1,356 billion of companies and RM433 million of the rest.

Lim said that the "huge amount" of outstanding tax refunds was due to a shortage of transfers of collected direct tax revenues to the Tax Refunds Trust Fund (TRTF).

Therefore, he said, it was clear that the RM14.56 billion not transferred from the consolidated funds to the TRTF had already been recognized as government revenue by the previous government.

"This means that the revenues from the federal government reported by the previous government are not correct and greater than what it really was," he added.

Lim claimed that the tax backlog was due to the failure of the case management committee in the Ministry of Finance, which was chaired by the former Finance Minister Irwan Serigar to allocate sufficient money to the TRTF, as requested by LHDN.

In order to alleviate the taxpayer's burden, he added, Pakatan Harapan's government had agreed that those with outstanding tax refunds from LHDN could apply for the amount to be set off against the tax due for the current year.

"The off-set application must be submitted to LHDN to be verified and considered for approval, and the remaining tax refunds will be made on the basis of the government's ability, depending on its tax position," he said.