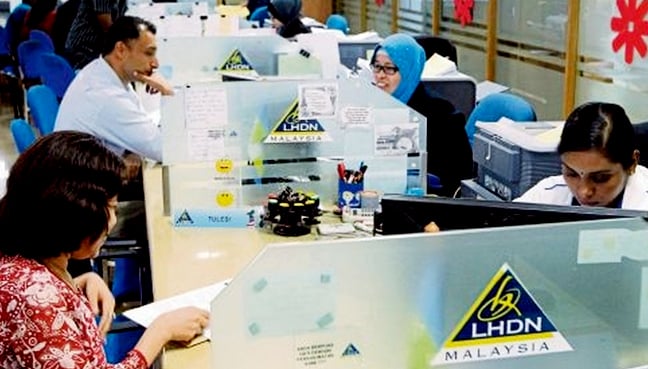 Inland Revenue Board CEO Sabin Samitah says that refunds for other categories of taxpayers can not be made due to lack of money.

PUTRAJAYA: The Inland Revenue Board (LHDN) has processed more than 90% of the tax refund of the current year for individual taxpayers on July 31 this year.

His chief executive officer, Sabin Samitah, said due to a deficit in the Tax Refunds Trust Fund (TBBC), priority would be given to tax refunds to current taxpayers who had overpaid their income tax.

"As far as the other categories of taxpayers are concerned, the refunds can still not be made because there is no additional allocation to the fund," he said in a statement today.

Sabin also confirmed the statement by the Minister of Finance Lim Guan Eng that there was a shortage of transfers from the collected direct tax revenues to the TBBC.

Lim stated Wednesday that the previous government has not repaid RM16.046 billion in the overpaid income tax and property tax in the past six years, due to 1,653,786 companies, individuals, associations and foundations on May 31 this year.

The balance in the TBBC on May 31 of this year was only RM1.486 billion, based on the administration of the Accountant General & # 39; s Department, Lim added.

Sabin said in line with the government's aspiration, IRB would pay close attention to taxpayer applications with tax credits to pay the tax due for the current year.

"Taxpayers must submit these settlement applications to the IRB branch that manages their tax files.

"For taxpayers who do not apply set-off, their refunds are processed depending on the allocation approved for the TBBC and the government's financial position," he said.

Sabin said that while the government was shaking more than RM1 trillion in debt, the finance minister was looking for financial means to make the repayments next year or next year.

As a reminder to taxpayers, especially in business, he said that several steps can be taken to prevent reimbursements from occurring, for example to ensure that the tax deducted is calculated as accurately as possible.

If a company finds that the current tax estimate is lower than the original tax estimate, he said that the company can make changes in the sixth or ninth month of its business operations.

"Persons with income from business sources can make changes to the installment amount if they determine that the current tax estimate is lower than the original estimate.

"The amendment must be submitted no later than 30 June for the relevant assessment year," he said.

Sabin also said that the IRB would fully cooperate with the police in their investigation into reports on the issue of outstanding income tax refunds.