People still want to drive, according to critics of the Penang transport plan

malaysia September 30, 2018 Nation Comments Off on People still want to drive, according to critics of the Penang transport plan 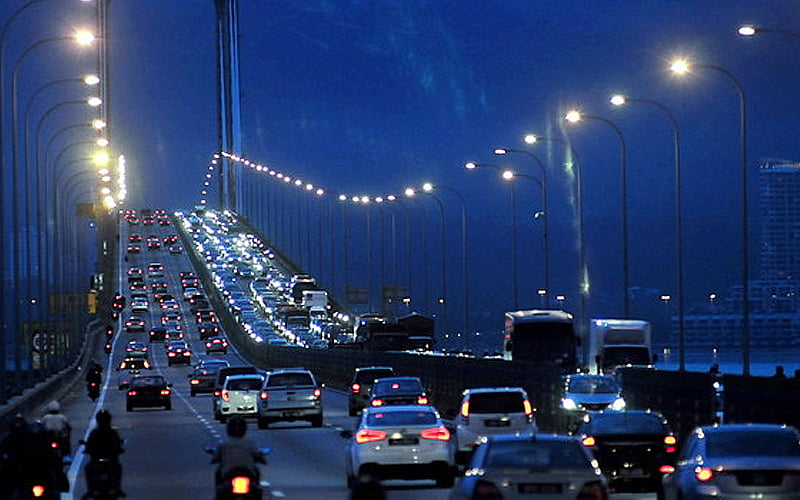 GEORGE TOWN: A key figure in the Penang Transport Master Plan (PTMP) told critics today that the Malaysians relied heavily on private vehicles and that there should therefore be a combination of good roads and public transport.

PTMP project manager Szeto Wai Loong said that Penangites would not completely dump their cars for public transport, and as such the plan offered the right balance for a series of motorways.

He said that despite good rail networks in cities like Beijing and Kuala Lumpur, traffic congestions still occurred.

"Because people still want to buy cars, there is no choice," he said, adding that a proposal from the local pressure group Penang Forum to develop a better public bus system was not realistic.

"(It would only work) if everyone stops buying cars and uses the bus or other transit systems, generally there should be no cars and then everything will work," he said. during a question and answer session at a public forum on PTMP organized today by the state government.

Szeto, an executive director of Gamuda Engineering Sdn Bhd, was also involved in the construction of the Sungai Buloh-Kajang Mass Rapid Transit (MRT).

He said that governments around the world offer a mix of highways and public transport, with a ratio of 60:40 mode.

Penang Forum opposed a 20 km long motorway project under PTMP, saying it would destroy the island's ecosystem and contribute to more traffic problems.

Instead, the bus said rapid transit or BRT was the best bet for Penang.

Former City Councilor Seberang Perai Joshua Woo Sze Seng said that the push of Penang Forum for BRT instead of the light rail transit (LRT) may not be sustainable in the long term.

He said in the city of Bogota in Colombia that the BRT is overcrowded and has become expensive since it first started in 2000.

"Even with one of the largest BRT systems for 17 years, Bogota ranked as the sixth most crowded city in the world in 2017.

"Finally, in September 2017, the government of Bogota decided to build a metro rail system with an estimated cost of US $ 4.1 billion, so BRT is really as good as some NGOs keep telling us ? "He asked.

"Bogota has been experimenting with BRT for 17 years and finally decided to build a railway system, and Penang can learn from their experience."

PTMP sees over the next 20 to 30 years a series of highways and transit lines built in the state for an amount of RM46 billion.

It would be financed through the creation of three artificial islands in the south of Penang, which would later be auctioned to interested parties. The plan has yet to be approved by the environmental regulators.

The Penang government wants to kick off two of its main projects, the Pan Island Link 1 highway (RM8 billion) and the LRT line from Komtar-Bayan Lepas (RM8.4 billion).

The state has requested a soft loan of RM1 billion for both projects so that they can be implemented simultaneously.