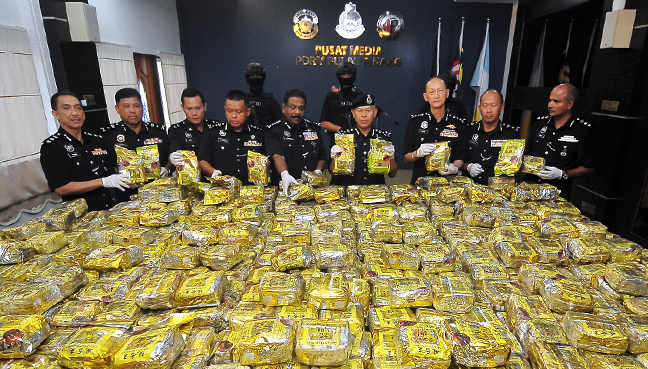 GEORGE TOWN: The police paralyzed a drug trafficking syndicate that is thought to be the largest in the country, and took a syabu worth RM54 million last Friday.

According to director of the Narcotic Criminal Investigation Department, Mohmad Salleh, the drugs were confiscated after the arrest of the 47-year-old suspect in Bayan Lepas at 15.00.

The police found the syabu, weighing 1,066 kg, in a warehouse in Jelutong, he said, adding that some of the drugs were found in a truck and the rest in the warehouse.

He said the drugs were smuggled to the country two weeks ago for distribution to other neighboring countries.

"Penang is a transit center for drug syndicates because of its strategic location," he added.

He said that the suspect, who is unemployed, was sent back for investigation under Section 39B of the Dangerous Drugs Act.