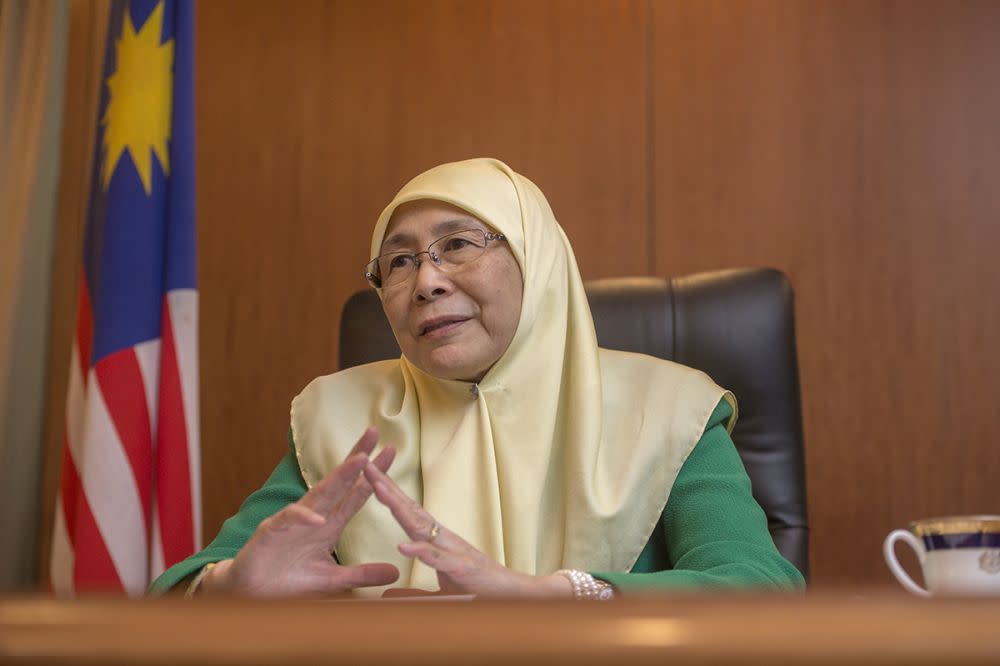 PUTRAJAYA, August 25 – The proposal to make 30 percent of local councils a woman must still be based on their qualifications, said Deputy Prime Minister Datuk Seri. Wan Azizah Wan Ismail.

Dr. Wan Azizah, who is also a minister for women, family and community development, explained that such quotas do not eliminate the need to ensure that the right people are raised.

"It's good because we think women should also play a role, but we have to see, because qualifications are also needed, that's one of the criteria," she told the reporters here.

Dr. Wan Azizah responded yesterday to the remarks of the resident and the local government, Zuraida Kamaruddin, that the allocation to local councils can be revised if they fail to ensure that 30 percent of their counselors are women.

Dr. Wan Azizah welcomed the proposal, but insisted that the right selection procedures would still be necessary.

When asked whether the electoral commission should also draw up rules demanding that political parties ensure that 30 percent of the election candidates are women, Dr Wan Azizah said that this rigidity was not required.

Pakatan Harapan was also unable to reach the 30 percent quota, both for candidates who were asked and for government leaders who were appointed after the general election victory.

"No, that's the flexibility for each party to choose," she said.

The previous government had also insisted on 30 percent women's participation in decision-making positions.

The proportion of women in higher government jobs remains below the target, with only about 19 percent or five women – including Dr Wan Azizah – of the 27 ministers in the cabinet.