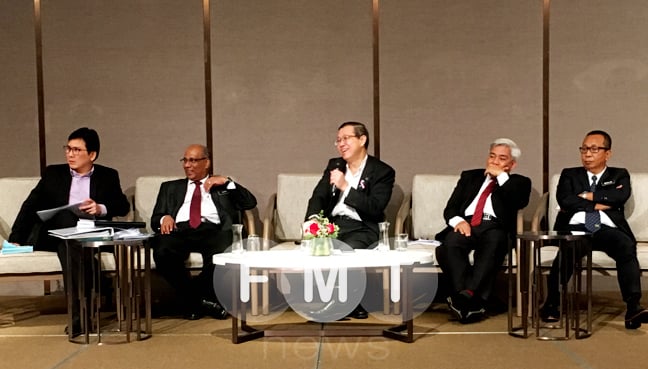 KOTA KINABALU: Today a businessman asked the Minister of Finance Lim Guan Eng if he could repay the government about RM3.5 million in the repayment of the goods and services tax (GST) that he owed to his company to pay his income tax .

In a Sales and Service Tax Letter (SST), attended by Lim and Customs Director General T Subromaniam, the businessman said that the amount had been accrued since 2016 and should have been paid to his company under the previous GST system.

"Of course we do not know where that money is, because it is still being investigated.

In his answer, Lim said that the problem of the businessman was due to a system inherited from the previous government.

"The government is trying to solve this now, but unfortunately you can not do this (contra) because they are two different systems.

"It is not necessary to prosecute the government, but it is certainly within your rights," Lim added.

Lim said that this was not the first person to ask him such a question.