UK intends to break with international rules for assistance 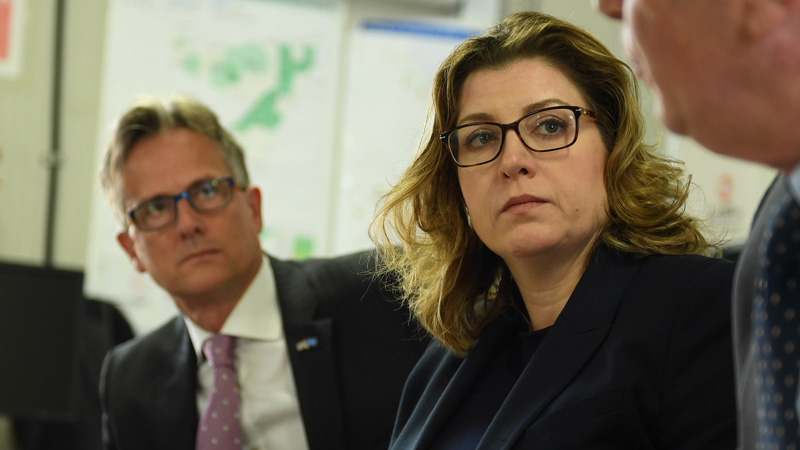 LONDON – The United Kingdom's support budget will be used to provide disaster relief to richer overseas territories, even though they are not eligible under international aid rules, said Minister Mordaunt, Secretary of State for International Development.

Tensions on this issue were high because some overseas territories of the United Kingdom in the Caribbean were destroyed last year by a series of hurricanes. Because the islands have too high an income to qualify for aid according to the international rules set by the 30-member Development Assistance Committee, part of the Organization for Economic Co-operation and Development, the government was forced to find aid money elsewhere. The subsequent proposal for a change of rules at the high-level committee meeting was withdrawn after agreement could not be reached.

However, the development secretary has now indicated that the government will continue the move regardless of this decision.

"The public supports the enormous work that our armed forces and British help are doing to help those in need, especially in countries that have close ties with the United Kingdom," she told the newspaper The Telegraph.

"It is ridiculous that a country that was flattened by a natural disaster would not qualify for help on the day before it performed pretty well." While we are lobbying to change those rules, we will not let them deter what we regard as the right. I believe this is what the British taxpayer would want. "

The current rules for official development assistance prohibit the use of ODA to support countries above a certain gross national income. Although there is no penalty for violating OECD rules, the United Kingdom is legally obliged to spend the recommended benchmark of 0.7 percent of gross national income on ODA, as determined by DAC.

"If individual donors run away from the DAC rules, we are afraid that this could lead to a chain reaction of countries that define their own rules for help themselves."

The broader implications for the way in which donors provide help can also be serious, said Jeroen Kwakkenbos, policy and advocacy manager at Eurodad, the European network for debt and development, at Devex.

"The bare self-interest that the United Kingdom qualifies as development-oriented is a poor service for all we have worked on over the last 60 years, as the concept has been developed and refined," Kwakkenbos said. "The passing of an internationally agreed rules-based system for the sake of opportunity is the culmination of political arrogance and malpractice."

The UK is the only member of the G-7 that meets the benchmark recommended by the United Nations of 0.7 percent of gross national income to ODA. Spending support outside the ODA rules is allowed, but the use of the support budget for non-ODA eligible activities could jeopardize the UK UK commitment if the ODA contributions would then fall below the threshold.

"End ODA levels for DAC Member States are published by the OECD at the end of each year after the organization has examined the preliminary ODA data for each country in April and compares the data with the DAC rules for Official Development Assistance," told an OECD spokesperson Devex.

Receive the most important headlines of development in your inbox every day.

Thank you for subscribing!

"If a country spends part of its aid budget on areas not covered by the definition of official development assistance, the OECD will simply adjust the ODA figure to calculate that part when calculating ODA statistics for the year."

Julie Seghers, OECD advocacy advisor at Oxfam International, told Devex that the international community needs "collective aid rules", of which the OECD DAC has been a custodian for more than 50 years – to ensure that aid is well spent and effectively eradicates poverty and inequality in developing countries. "

"Without a recognized agreement on what can count as aid, the 0.7 percent involvement is a senseless promise, and if individual donors run away from the DAC rules, we're worried that this could lead to a chain reaction from countries that own define your own rules for help, "she said.

The International Development (ODA Target) Act 2015 commits the UK to the spending rate of 0.7 percent based on the total amount of multilateral and bilateral ODA.

Eurodad & s Kwakkenbos said that the move "could create an incredibly poor precedent for the future of development financing, and if we haphazardly reject this idea, everything goes and the concept becomes meaningless, which would be a disaster for the poorest people in the world. "

"In the short term, this will reduce the credibility of the United Kingdom as a reliable development partner, and in the long run this potential undermines the foundation of development finance, as the UK, despite its wishes, does not operate in a policy vacuum," he added.

Although the UK proposal for the use of official development aid to support richer, but climate-vulnerable countries has been withdrawn, the DAC is currently discussing changes in the rules that could provide a path for readmission for countries whose GNI is falling to the eligible countries. range after a natural or humanitarian disaster, an OECD source told Devex.

Mordaunt's comments suggest that they anticipate these changes – it is not clear, however, whether the overseas territories of the United Kingdom would even qualify.

"I think that given the size of the economy and the GDP estimates we have, it is actually quite unlikely that these hurricanes will push them back to a level of GDP below the ODA threshold," he said.

You have 2 free articles left