We are still studying the ECRL project, explains Mahathir 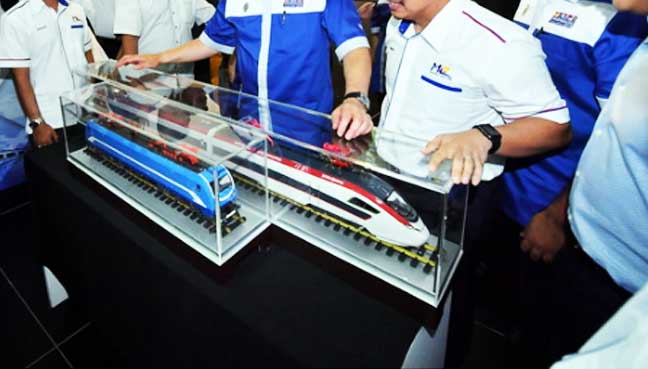 The prime minister clears the air over reports that Putrajaya had canceled the China-backed project.

KUALA LUMPUR: Dr. Mahathir Mohamad has today clarified that research is still under way to postpone the Chinese-backed multi-billion ringgit East Coast Rail Link (ECRL) project or address it in a different way.

"At the moment they are studying whether they postpone or give to another (party), but we also have to negotiate with them (China), and if they agree, we can do it," he said.

The Prime Minister was asked about news reports in which he quoted him during a recent visit to China that the government had decided to provisionally cancel the ECRL project.

"What I said was, if we could, we would drop the project, or we would postpone it, otherwise we would find another way to do it without spending so much money," he told reporters after attending a meeting. local council meeting with PPBM members.

Mahathir is the PPBM chairman.

ECRL, the RM81 billion project with a length of 688 km between Port Klang and Kota Bharu, was launched last year and planned for completion in 2024.

Another China-supported project, the Trans-Sabah Gas Pipeline (TSGP) with the construction of a 662 km long Kimanis-Sandakan-Tawau gas pipeline, which costs about RM4 billion, has been suspended since July.

When asked if he had asked the country for a loan during the official visit from 17 to 21 August, Mahathir replied: "No, no … we have borrowed enough from China."

He was also questioned about some reports claiming that Malaysia might not receive the yen loan requested during his visit to Japan in June.

"Who said we do not get the yen loan? I mean, you just do not go to the prime minister and please say give me a loan of a yen and then he writes a check for me, it has to be done right.

"Our officers are now working on the yen loan."