With lesbians who have been sentenced to lashes, women's groups want the Sharia penal laws to be repealed 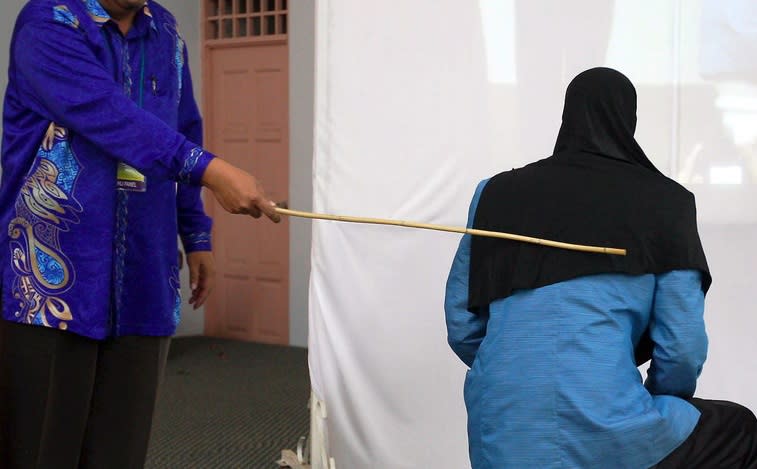 In a memorandum to Prime Minister Tun Dr Mahathir Mohamad and Attorney General Tommy Thomas, the Joint Action Group on Gender Equality (JAG) also said that the condemnation of the two women violates the right to equality in accordance with Article 8 (2) of the Federal Constitution, as a woman can not be beaten under federal law, but she can according to Sharia law.

"In the long term, we urge the government to review extensively the Sharia law on crimes of this country, with a view to repealing such laws, allowing all Malaysians under federal government to be governed by a single rulebook. criminal law. " JAG said in their memorandum.

"In 2005, Sisters in Islam, a member of JAG, submitted a memorandum to the government to reiterate the revocation of Sharia law on crime, because it has no basis in Islamic legal theory and practice; conflict with the federal constitution and conflict or overlap with the criminal code and other federal laws, "added the coalition.

JAG urged the Pakistani Harapan (PH) government to treat "once and for all" the consequences of "such intrusive" moral police laws.

Sharia cases fall under the jurisdiction of the state. PAS won Terengganu at the 2018 elections, without a single PH representative in the state's legislative assembly.

Two women pleaded guilty on August 12 to try musahaqah (sexual relations between women) under Section 30 of the Sharia Crimes (Takzir) (Terengganu) enactment 2001. They were sentenced to RM3 300 in fines and were given the maximum penalty of six strokes of strokes.

"Thousands of Muslims daily violate Sharia law prohibiting alcohol abuse, zina (adultery), gambling, incest, and prostitution, and yet these two women fall victim to the maximum punishment to set an example to others," JAG said.

JAG said it believed that the "hard" judgment was related to the rise of hate crimes against the lesbian, gay, bisexual and transgender (LGBT) community, with an emphasis on the recent case of a trans woman who was severely beaten by eight men in Negri Sembilan.

"The LGBT are a useful target to boost Islamic conservative sentiments," JAG said.

"It should be noted that the LGBT are a small community in Malaysia, and deserve the right to live safely and be free from prosecution."