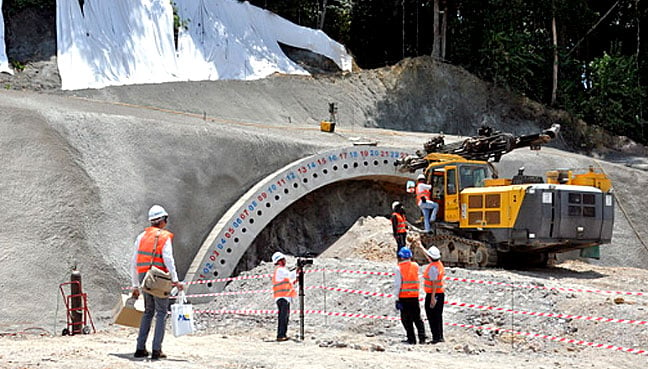 Minister of transport vows people on the east coast will not be neglected.

The government has decided to provisionally cancel the ECRL project, citing the high costs. (Bernama photo)

PETALING JAYA: Transport minister Anthony Loke has today given the assurance that the existing rail lines on the east coast will be improved, after the cancellation of the East Coast Rail Link (ECRL) project, Bernama reported.

"Although the ECRL has now been canceled, we guarantee that the people on the east coast will not be neglected and that they will get a more effective transport network", he said after a position in Seremban.

Prime Minister Dr Mahathir Mohamad said yesterday that the ECRL would be canceled until Malaysia could afford it.

The 600 km long rail link, which would connect Port Klang in Selangor with Kuantan, Pahang and Pengkalan Kubor, Kelantan, would have cost more than RM55 billion.

On another issue, Loke said that commercial airlines had been asked to inform their passengers in the fastest possible time after the closure of the airspace above and around the KL International Airport (KLIA) and klia2 of any changes to the flight schedule to enable rehearsals to make for the Merdeka Day air show.

He said that this was to enable passengers to plan their journey.

"I hope that all airlines will inform their passengers about this and plan their flights again."

Over the Automated Enforcement System (AES) Loke said that the ministry had identified a new method to use it and that it would soon be announced.

"I will first have a meeting with the Road Transport department before I finalize it," he said.

Previously, Loke had announced that the concession contracts for the two companies operating the AES would expire at the end of this month and that the government would not renew their contracts because the road transport service would take over full AES operations from 1 September.