Women constitute only two-fifths of the workforce, according to the report

malaysia October 15, 2018 Nation Comments Off on Women constitute only two-fifths of the workforce, according to the report 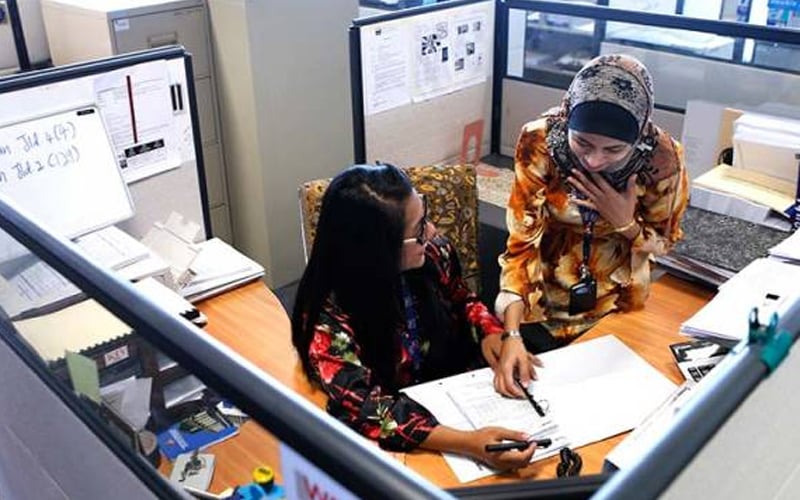 KUALA LUMPUR: women's participation in the country's labor market accounts for only two-fifths of the total workforce, although half of the Malaysian workforce is women.

According to a Khazanah Research Institute (KRI) report, in the 2017 Global Gender Gap report published by the World Economic Forum (WEF), Malaysia ranked 87 of the 144 countries in the area of ​​economic participation and opportunities, seven places lower than in 2016.

Of the Asean countries, Malaysia is only higher than Indonesia (108th place), while most regional peers of the country are significantly above Malaysia, Laos (22), Singapore (27), Vietnam (33) and Brunei (61).

"Although the global awareness of the gender gap in the workforce has grown in recent years, more needs to be studied with regard to the state of women in the economy in Malaysia," said the report entitled "The State of Households 2018." : Different Realities & # 39 ;.

Other highlights of the report are:

* There are considerably more women outside the workforce than men – twice to be exact, with 4.4 million women and 2.2 million men.

* Despite their academic qualifications, many women are prevented from participating in the labor market due to family responsibilities.

* One of the main reasons for the pattern of gender inequality in Malaysia is the disproportionate responsibility for unpaid care for women.

The report also suggests some initiatives to reduce the challenge of women to balance family and work, including flexibility in work arrangements that can be offered through flexible hours or workplaces, childcare at work or the like.

The redistribution of family responsibilities between men and women is just as important as other labor market measures to enable the economic empowerment of women and at the same time to ensure the strengthening of family institutions, it said.