Anwar’s message has not reached us, says Amanah MP

malaysia November 27, 2020 Others Comments Off on Anwar’s message has not reached us, says Amanah MP 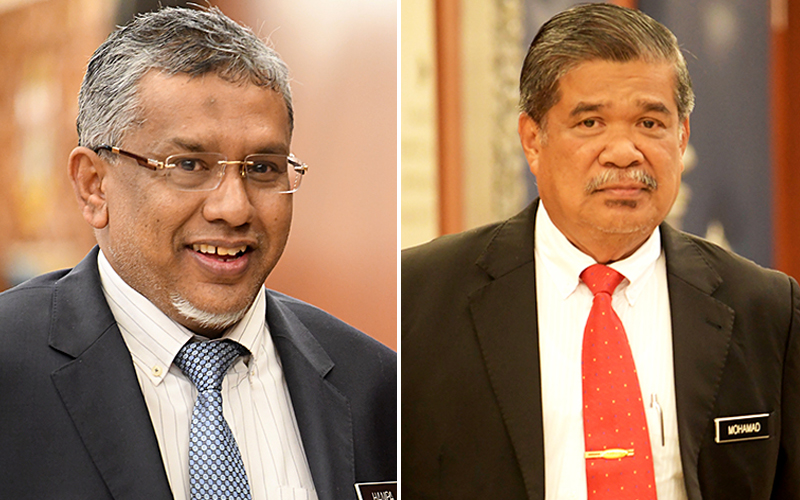 PETALING JAYA: Amanah MPs stood up yesterday to call for a block vote on the budget because they did not receive the message from opposition leader Anwar Ibrahim to pass it through during the policy phase, Sepang MP Mohamed Hanipa Maidin said.

In a Facebook post, Hanipa shared his side of the story of what happened in Parliament when the majority of opposition MPs voted against an individual vote to approve the budget.

Hanipa said Amanah President Mohamad Sabu and Vice President Mujahid Yusof did not stand out out of respect for Anwar’s instructions and in the spirit of solidarity with Pakatan Harapan (PH).

“We think the president of Amanah may not have had or overlooked the time to pass on the message of the opposition leader to Amanah’s MPs.

“That’s why we were convinced for the Amanah MPs that yesterday it was no problem to stand up in support of Pokok Sena (Mahfuz Omar),” he said, adding that it was a “spontaneous action”.

Despite the budget being approved in the policy phase, Hanipa said, the government was not “out of the woods” as there were still debates in the committee phase, which will take place from Monday.

“Procedurally, the passing on of the budget is determined by the third reading of the Supply Bill (2021). That day, God willing, will be ‘the grand finale,’ ”said Hanipa.

The budget was adopted by vote after Finance Minister Tengku Zafrul Aziz submitted it for a second reading. Hanipa was one of 13 MPs who stood up.