malaysia December 6, 2020 Others Comments Off on Football: Man United suffers a double injury against West Ham 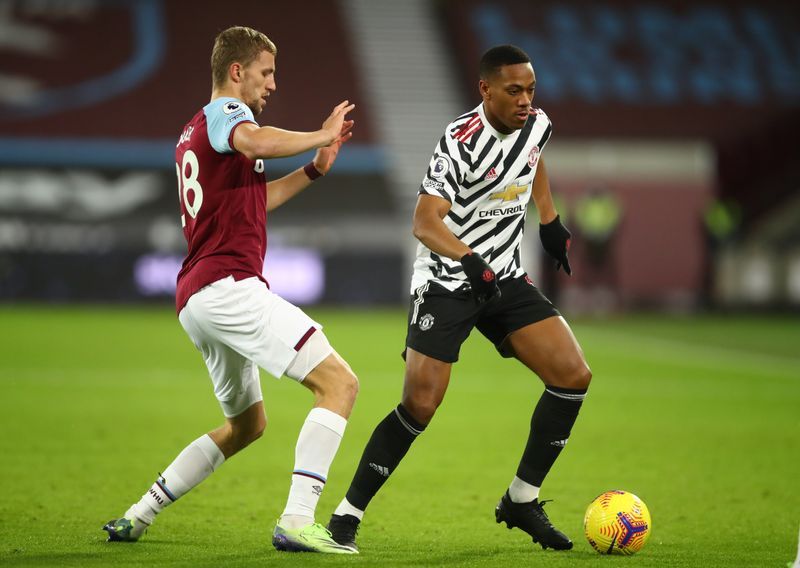 Uruguayan striker Cavani, who scored twice as a substitute against Southampton last weekend, acted as central striker against West Ham, but did not play at London Stadium for the second half.

The French attacker Martial had to leave the field after 62 minutes and was replaced by Juan Mata.

Solskjaer confirmed that both forwards will undergo scans ahead of Tuesday’s Champions League encounter with RB Leipzig, with United needing a draw to qualify for the last 16.

“It’s a shame … sometimes you get muscle injuries. We’ve lost Anthony and Edinson,” Solskjaer told Sky Sports. “There is already a game on Tuesday. But it will probably be (like this) this season.

“We have to do some games without players and I am glad we have the substitutions we have.”

After Tomas Soucek gave West Ham the lead, goals from Paul Pogba, Mason Greenwood and substitute Marcus Rashford helped United for their fifth straight win in the league this season.

(Reported by Hardik Vyas in Bengaluru; edited by Clarence Fernandez)