Many in Kelantan still claim to be unaware of CMCO

malaysia November 22, 2020 Others Comments Off on Many in Kelantan still claim to be unaware of CMCO 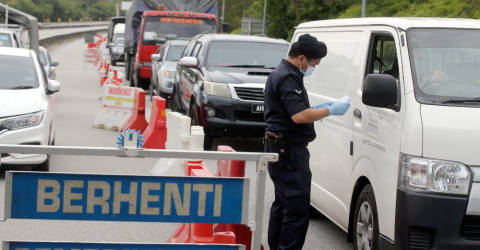 KOTA BHARUOn the first day that the Conditional Movement Control Order (CMCO) was enforced in the state yesterday, Kelantan police found that many still claimed to be unaware of the order.

Kelantan police chief DCP Shafien Mamat said the situation could be due to the announcement about CMCO on a public holiday in the state.

However, he said the police were discreet in carrying out the order and called on the people in Kelantan to adhere to the established standard procedure (SOP) and to get a letter from the employer or police for travel through the district .

Police are calling on people in the state to be patient with roadblocks that may take longer than usual.

“We need to inspect every vehicle that wants to cross the district to break the Covid-19 chain,” he said.

“Police also provide a dedicated lane for frontliners and emergencies at each roadblock,” he said in a statement today. – Named