Next McLaren supercar to debut next month

malaysia November 26, 2018 SPORTS Comments Off on Next McLaren supercar to debut next month 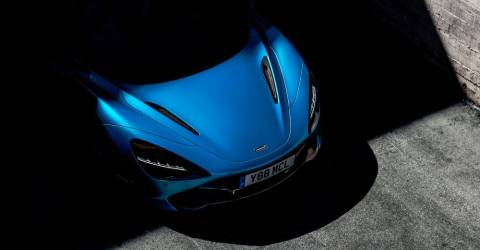 MCLAREN has released a new version of the McLaren 720S Spider, which is to be unveiled December 8 – who needs warm weather to ride a drop-top anyway?

From the single image and 13-second video that the company shared McLaren 720S Spider, we can see it.

Despite the specs not being announced yet, we're fairly confident that this car will have impressive power – it's a supercar, after all.

If the model is anything like its fixed-roof counterpart, the car may be powered by a 4.0-liter twin-turbo V8 engine capable of 710 horsepower and 770Nm of torque.

From the short press release announcing the debut, we know that this car is the second one to be released under McLaren's Track25 business plan, a project to convert the company's entire lineup to hybrid models by 2025.

McLaren is planning on releasing 18 new models to accomplish this; the Speedtail, shown in late October, was the first, and this will be the second.

The car will be officially unveiled on Dec 8 at 20:10 GMT. – AFP Relaxnews