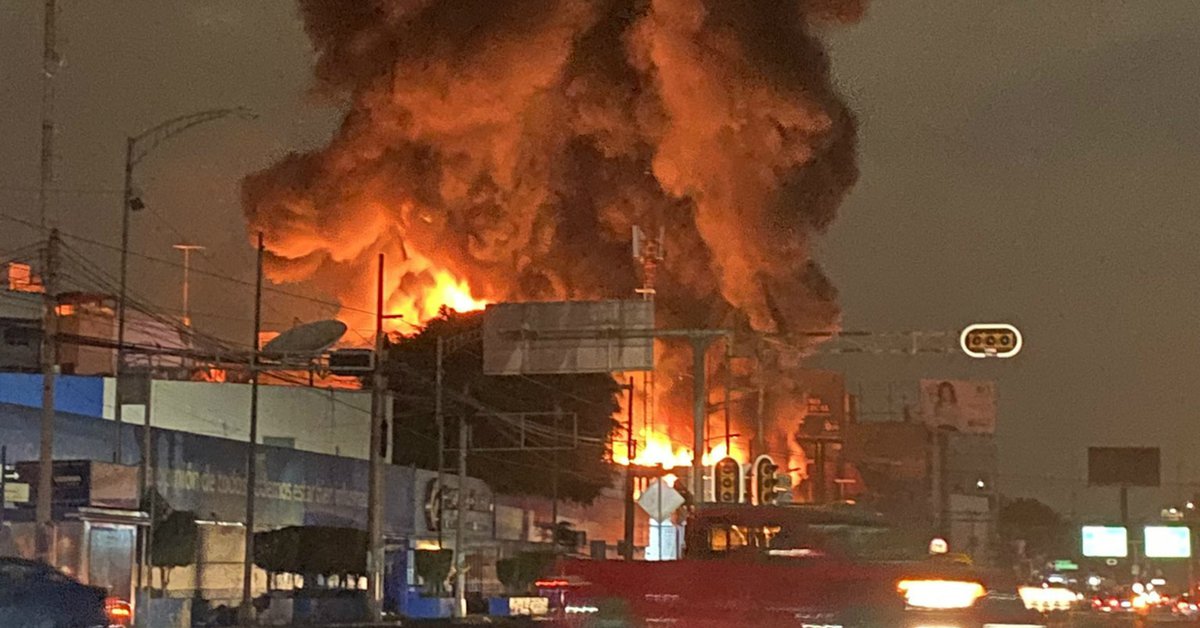 On the night of this Sunday, November 29, a fire in the substation of the Federal Electricity Commission (CFE) Mayor Benito Juárez caused blackouts and massive mobilizations in the area.

The center of the incident was in the colony Xoco around 6:40 PM (Central Mexico time). Claudia Sheinbaum’s government already 250 people evacuated and the Coyoacán metro station of the Collective Transportation System (STC) closed from line 3.

Faced with the emergency, Dr. Sheinbaum Pardo has already spoken and clarified that specialized personnel are already present dealing with the problem.

About the fire in the mayor’s office, B. Juárez reported that it is in a transmission station of the Federal Electricity Commission. Firefighters, Civil Defense, SSC and CFE personnel on site. Local residents have been evicted for preventionHe posted on his official Twitter account.

Likewise, the head of government explained that there are no reports of injuries either; however, he indicated that he will continue to report as civil defense tasks progress.

“There have been no reports of injuries. At the moment, the electricity supply in the area has been suspended. In a few moments I will continue to provide information. I am in communication with Manuel Bartlett CFE director, mayor’s office and government team ”, he added.

Santiago Taboada, mayor of Benito Juárez, reported on his own that he is already on site and that he personally supervises the activities of the Heroic Fire Department and the elements of the Comprehensive Risk Management and Civil Protection Secretariat.

“I am standing in front of the CFE substation supervising the works to put out the fire tonightHe exposed on the social network.

The place is in the adjacent area between the mayor’s office Benito Juárez and Coyoacán. The landmarks that are nearby are Plaza Coyoacán, Plaza Universidad, the Institute Mexican radio (IMER) and the Hospital Xoco. Citizens are advised to avoid the roads around the fire: Coyoacán Avenue and University AvenueThis is to facilitate the evacuation of civilians and to speed up the arrival of auxiliary elements on the spot.

It should be noted that these types of eventualities are not common. This is the first such incident to date by the Sheinbaum Pardo local government; However, the capital’s authorities are trained to deal with these issues.

Images circulating on social networks show the severity of the fire; However, it can also be noted that the fire did not leave the facilities of the management committee Mnuel Bartlett Díaz.

“Mexico City’s Water System (SACMEX) enabled Garza Parroquia I, located between Cuauhtémoc and the Free Municipality, to help reduce the fire […] The CFE reported through its social networks that it is inspecting and investigating the cause of the failure that caused the fire that affected the electricity supply of 31 thousand 599 users of the Mayor’s Office and is working to restore it”, Indicates the official capital dependency bulletin.

Finally, after confirming the number of those affected and ensuring that the cause of the faya will be investigated, Manuel Bartlett published that the fire could be extinguished around 8 p.m. and made sure that the electricity supply will be restored very soon.

“The fire at the Coyoacán (COY) substation was controlled thanks to the intervention of the firefighters and CFE personnel. There are no casualties or injuries to mourn; the affected power supply is restored to 100% within minutes”, He assured.

MORE ABOUT OTHER TOPICS

López Obrador assured that the Fonden was a “small cash” of corrupt people: “We are not going to allow money to be stolen”

“They are lies, they are pure and dangerous lies”: Loret de Mola honors AMLO and López-Gatell for dealing with the pandemic

Militarization will be completed in 2022: López Obrador announced the creation of 260 National Guard barracks