“It had a steady decline”: health authorities assured the death rate from Covid-19 had been cut to less than 3%

mexico November 22, 2020 mexico Comments Off on “It had a steady decline”: health authorities assured the death rate from Covid-19 had been cut to less than 3% 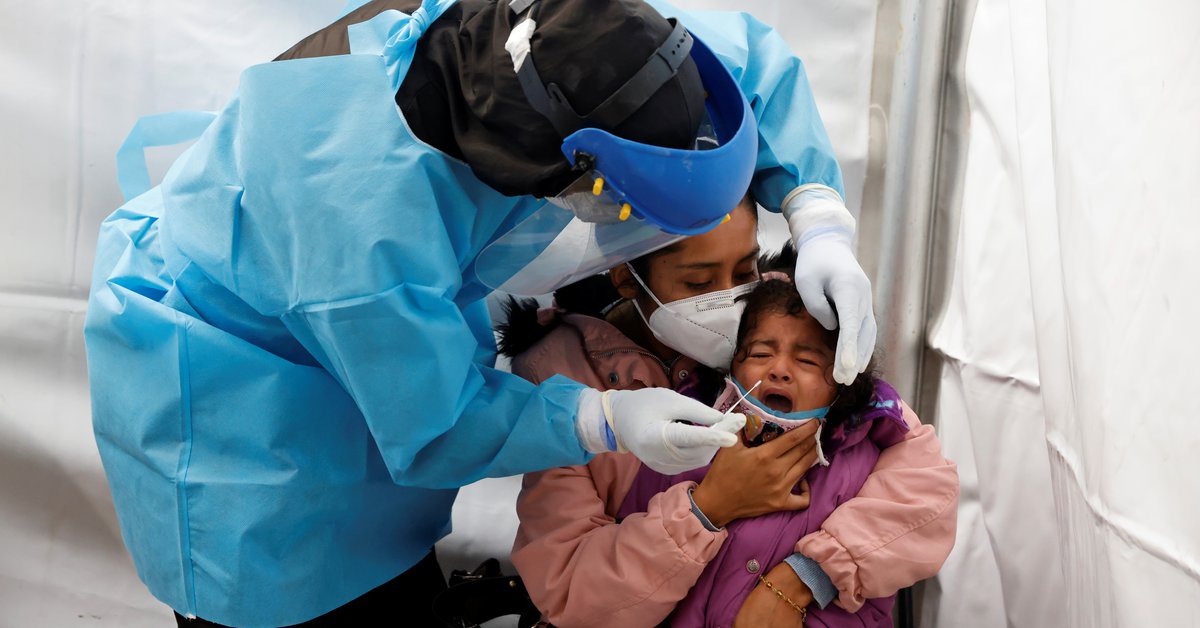 The death rate in Mexico from Covid-19 has dropped from 9.8% to less than 3% in recent weeks, despite more than 100,000 deaths, José Luis Alomía, director of epidemiology at the Ministry of Health, reported. press conference on Saturday afternoon in the National Palace.

“In the last update of this week exactly, we see a very significant reduction in the number of road deaths. Of all the time that has passed since the epidemic in Mexico since the first case started and in this particular case of lethality since the first person died and Even the last people to die unfortunately, the death rate in Mexico is just under 10%, 9.8% was the last measure of death. But it is important to specify that this measurement relates precisely to the entire temporality of the epidemic in Mexico.

Since that does not exist, it is practically the additional measures or measures that are aimed at addressing the complications that the disease can cause … But finally, all these actions and always having access to, for example, a hospital bed with all the trimmings, is an activity that must and will contribute to reducing the death toll in the long term.

And we’ve seen this lethality diminish until it reaches practically levels of 3%.

What does this mean for us? That every time and every week that happens, and we’ve seen this practically since the start of the epidemic, if we remember the graph, we had the highest mortality rates just in the first months of the epidemic, maybe fewer people were sick, but more died based on that percentage. “explained the director of

Mexico has registered on Saturday 550 new deaths from the Covid-19 pandemic, bringing the number of fatalities to 101,373, health ministry authorities reported.

With these numbers, Mexico remains the eleventh country with the most infections and the fourth with the most absolute deaths, according to Johns Hopkins University.

Moreover, with nearly 785 deaths per million inhabitants, Mexico is the tenth country with the most deaths in relation to its population.

In the daily technical report of pandemic, increases of 0.54% in deaths and 0.65% in infections were confirmed, in contrast to the previous day’s figures, when 100,823 deaths and 1,025,969 infected were reported.

Since the pandemic began on Feb. 28, 2,684,780 patients have been examined in Mexico with a 43% positivity rate, the Department of Health’s Director of Epidemiology reported.

Suspicious cases are classified by health authorities as those without a sample (191,489), those who have no opportunity to get a result (118,322) and those who are waiting for their test to be diagnosed (82,306).

The official in charge emphasized that 774,930 patients are classified as recovered persons.

The projections of the Mexican authorities indicate that there are currently in the country 1,197,540 estimated cases and indicated that 3% of estimated cases, which corresponds to 41,480, They are the ones who represent the active epidemic in the country, namely patients who developed their symptoms in the past 14 days.

The report indicated that health authorities currently 15,566 suspected deaths classified as deaths without sample (10,633), deaths without diagnosis (4,273) and deaths that can (660).

Mexico is nine days away from the end of the sixth month of the stage called “new normalcy ”, which began on June 1 and operates on the basis of a four-color epidemiological traffic light that regulates the opening of economic and social activities.

On Friday, authorities indicated that of Mexico’s 32 states, 14 will be orange (high risk), 14 will be yellow (medium risk) for the next two weeks., 2 in red (maximum risk) Chihuahua and Durango, and only two in green (low risk) Campeche and Chiapas.

In the eight months of the pandemic in Mexico, According to data from the National Institute of Statistics and Geography (Inegi), Covid-19 has proven itself to be the fourth leading cause of death in the country, after heart disease, diabetes and malignancies.

Map of the coronavirus in Mexico November 22: Hidalgo, Querétaro and Chihuahua lead outbreaks in the country

Edomex will reinforce the measures against COVID-19: these companies will adjust their schedules

Without misses or mañanitas to the Virgin: Basilica of Guadalupe opens on December 11 and 12 with sanitary measures