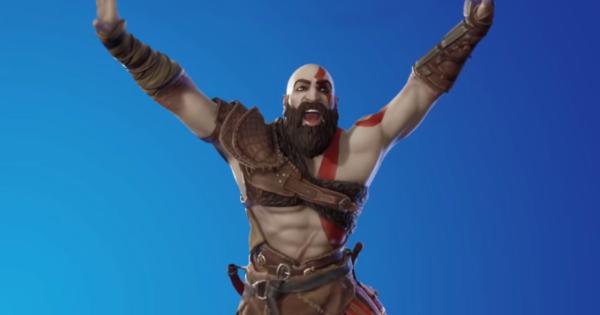 As expected, the start of the new season starts from Fortnite attracted a lot of attention, but this season in particular gave more to talk about after it was announced that the legendary god of war Kratos (from God of war) would arrive at the Battle Royale thanks to an unparalleled partnership. The arrival of this character also meant one thing, that he could do the gestures and popular dances Fortnite. the players have already tried them and the results have not satisfied all fans.

Some users bought the new pack from Fortnite with the intention of controlling Kratos in the Battle Royale. Since it is a skin, users can also make it replicate the various dances and gestures in the game.

Several players have already shared what Kratos looks like during these dance steps and he draws attention to how strange the god of war looks like God of war, taking into account his taciturn demeanor and expressionless facial expression when it comes to feeling other than hate.

In case you missed it: so you can get the exclusive armor for Kratos Fortnite.

Well, in Fortnite He is able to show off a facet never seen before, such as dance steps like the Floss, Electro, Fresh, Flapper, the steps of Dynamite and I’m Diamnd from BTS, most with a gesture of overflowing luck. Among these dances, the Poki dance, steps performed by the streamer Pokimane, stands out because of the kind of gestures the destroyer of gods can replicate, with a curious facet.

I finally understand kpop die. From now on, every twitter post I make will be accompanied by a dancing Kratos clip. 😍#God of war pic.twitter.com/Dvq8ThlS7y

Did I buy Kratos so I could see him emote? Yes. # FortniteSeason5 pic.twitter.com/jyjrARab8S

While many have accepted this partnership with grace, many are unhappy about it, who are quite outraged believing it to be something that doesn’t fit the PlayStation character. Some believe that the company has made the character cheaper and that it is the price the god of war has to pay to reach a wider audience. Others even slung homophobic insults at the way Kratos can be seen dancing, as our friends from Tarreo point out.

If you are one of those who care about this image of Kratos, we invite you to be calm as it will hardly be canon or anything like that affecting the series God of war. Likewise, we recommend that you take this collaboration more lightly, as it is a harmless cross-viewing targeting a different type of audience, bearing in mind that God of war is classification for adults (of legal age) and Fortnite It is for minors and has a more casual style.

We’ll leave you with a video courtesy of Tarreo so you can watch Kratos do the Poki step. If you want to see more dances, we leave you a longer video from the user Zanar Aestethics.

Find out: some users were surprised to see Kratos on Xbox consoles.

And you think? Has the cooperation of God of war with Fortnite? Tell us about it in the comments.

We remind you Fortnite apparently he’s preparing more collaborations with other video game franchises. Clues indicate that another guest in the game is the Master Chief, who will also include various accessories Halo. Collaborations like this made Nintendo fans think Samus, the famous bounty hunter, could also feature in the title.

Fortnite is available on PlayStation 4, PlayStation 5, Xbox One, Xbox Series X | S, Nintendo Switch, PC and mobile. You can find more news about him if you visit this page.