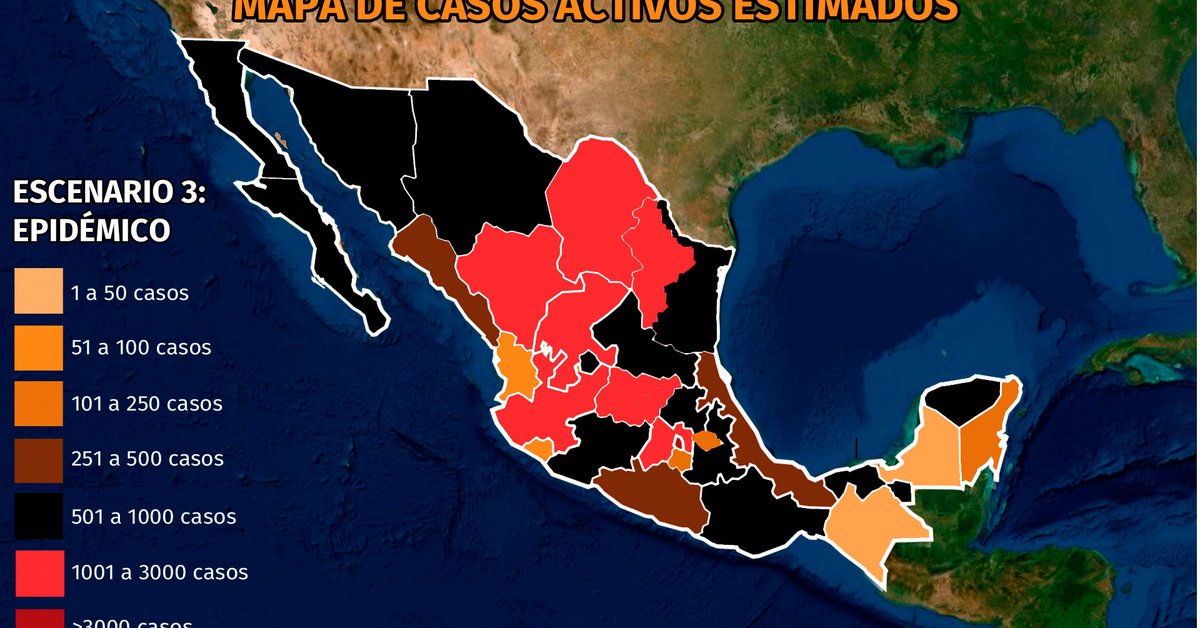 Authorities of the Ministry of Health registered 6,388 more coronavirus infections, so they are already adding 1,107,071 confirmed cases in the country; while with 196 deaths Mexico has accumulated from the disease in the past 24 hours 105,655 deaths since the start of the epidemic.

Also in the country 53,240 suspected cases, 1,349,465 negative and a total of 2,859,239 people were investigated since the first case was recorded in the country, while the percentage of people who tested positive for COVID-19 was at 44% at week 47: one percentage point more than on the same day of the previous week.

At the 269th press conference at the National Palace, Ruy López Ridaura, Director General of the National Center for Disease Control and Preventive Programs (Supper), announced that the curve of estimated cases, at opening week 47, a 5% increase; while the curve indicating that people recovered from the disease is increasing 1%, with what they add up 818,397.

The specialist estimated that 65,470 (5%) patients had symptoms in the past 14 days, which stands for people who may contribute to the transmission of the virus if they do not comply with proper isolation and all sanitation measures.

If you want to be informed about the most important things, register here and we will send you the news every morning.

On the other hand, Chiapas and Campeche They are the states with the least amount of active infections, with 49 and 46 respectively, one of the reasons why they are the only ones remaining green on the epidemiological stoplight.

It should be remembered that the first 10 entities that collect the highest number of cases are Mexico City, State of Mexico, Nuevo León, Guanajuato, Sonora, Coahuila, Jalisco, Puebla, Veracruz and Tabasco, which together account for about two thirds (62%) of all cases registered in the country.

According to the federal agency document, there were until yesterday 15,754 suspected deaths from COVID-19 including the slopes per laboratory (n = 2,809) and those engaged in association – clinical – epidemiological judgment (n = 12,945) in SISVER.

In that sense they remain it Mexico City, the State of Mexico, Veracruz, Puebla, Jalisco, Nuevo León, Baja California, Sinaloa, Guanajuato and Chihuahua as the 10 entities that have recorded the highest number of deaths, representing more than half (61.7%) of all people in the country.

MORE ABOUT THIS TOPIC