“They’re just committed to receiving the check from the federation”: AMLO’s strong criticism of some states and municipalities

mexico November 29, 2020 mexico Comments Off on “They’re just committed to receiving the check from the federation”: AMLO’s strong criticism of some states and municipalities 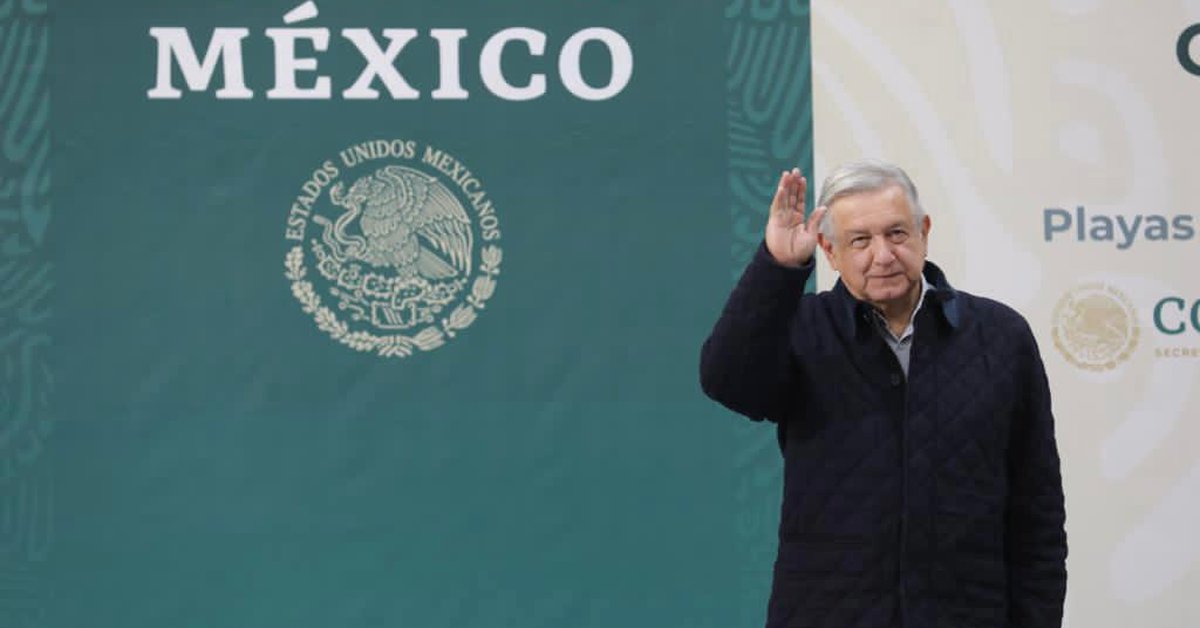 The President of Mexico, Andrés Manuel López Obrador, criticized states and municipalities having agreements with corporations to avoid tax avoidance, giving an example of the administration of Baja California Governor Jaime Bonilla charging water to companies that do not. they paid, in addition to reducing the national debt, 8,000 million pesos in two years.

“Those who previously did not pay tax pay, we have a business up to 12,000 million pesos, from these very big companies, that’s why they charge water here to those who don’t pay…

How is it possible that no taxes are paid, water is not paid, the property is not paid, that’s why different policies must also be pursued in the states, in the municipalities, because since the 80s, with the new tax coordination law, it is the federation that collects the taxes, especially VAT, income tax and everything that the federation charges.

López Obrador assured that if efforts were made to collect in some states and municipalities, it would be possible to have more budget and benefit more people.

“If there is an effort in states and municipalities, it is possible to have a bigger budget and benefit more people, here’s an example of how they have been charged so far, water to companies that did not pay for it, ”explained the Mexican president, giving an example of the administration of Baja California Governor Jaime Bonilla.

For several months now the so-called “rebel governors” They have asked the Treasury Department to allocate them more resources than those already allocated to address the health crisis caused by COVID-19, they say.

Through an official statement published on November 2, Jaime Rodríguez Calderón, Governor of Nuevo León; Miguel Riquelme, Governor of Coahuila; Francisco García Cabeza de Vaca, from Tamaulipas; José Rosas Aispuro, from Durango; Silvano Aureoles, from Michoacán; Enrique Alfaro, from Jalisco; José Ignacio Peralta, from Colima; Diego Sinhue, from Guanajuato; Javier Corral, from Chihuahua; and Martín Orozco, from Aguascalientes, signed a revision of the distribution scheme in fiscal coordination, the so-called “fiscal pact”, with the aim that “No state in the country can receive less resources in real terms than in 2020”.

In the letter the “rebel” governors express their surprise “ the Federation’s refusal to provide the federated entities with new resources to attend the dire consequences of the pandemic on health systems and local economies, which have added serious pressure state finances ”.

“The local leaders propose to postpone the discussion and debate about the Tax Coordination System for a few days. and we will focus on the 2021 budget for now, where our position is that no state can receive less funding in real terms than in 2020. That is clear, ”the letter said.

López Obrador has repeatedly explained that he owes nothing to the state governments that threaten to break the federalist pact; He celebrated the desire to hold a citizens’ consultation, but warned, “It’s not with me, it’s with the constitution.”

López Obrador said there must be a constitutional reform to change the formula for the division of the budget. He welcomed the desire to hold a citizens’ consultation, as suggested by the President of Jalisco, but he warned that people should not be manipulated, as he assured that “if bills are made, they are even due”.

“We are not going to give money (from social programs), that is clear, to the state governments, and not out of mistrust or precaution, If not because we decided to give the support directly to the people, we don’t want middlemen, this was recommended to me by the people during the long time I campaigned for the country, they told me if one day get a degree, we won’t send support with the government, with intermediaries, send it to us directly …

We are not going to give you the budget for the elderly in Jalisco, neither to the government of the state, nor to that of Tabasco, nor to any government.

How are we going to provide scholarships and pension funds to those who have voted against awarding scholarships to low-income students and retirement pensions for the elderly?

And it’s a good thing that this consultation is done so that people participate and that’s democracy, but if it’s enlightening, so that they don’t go around saying we don’t want to give them resources.

We don’t owe them anything, and they get the resources that correspond to them by law, and if they have evidence that they haven’t been given the resources that correspond to them, that they present them, and what’s more I would tell them They even owe us something when we do the math in some cases they have not paid taxes, ”said President López Obrador at his October 28 conference.

Chronicle of a Break: What Is the Federalist Alliance and Why It Contradicts López Obrador

Federalist Alliance: Who Are The “Rebel” Governors Against López Obrador?

“So Clear”: Federalist Alliance asks AMLO that no state will have less resources by 2021

The number of deaths from influenza AH1N1 was 1,172 in one year, while the coronavirus left 105,459 deaths in just eight months and continues to rise

The number of deaths from influenza AH1N1 was 1,172 in one year, while the coronavirus left 105,459 deaths in just eight months and continues to rise