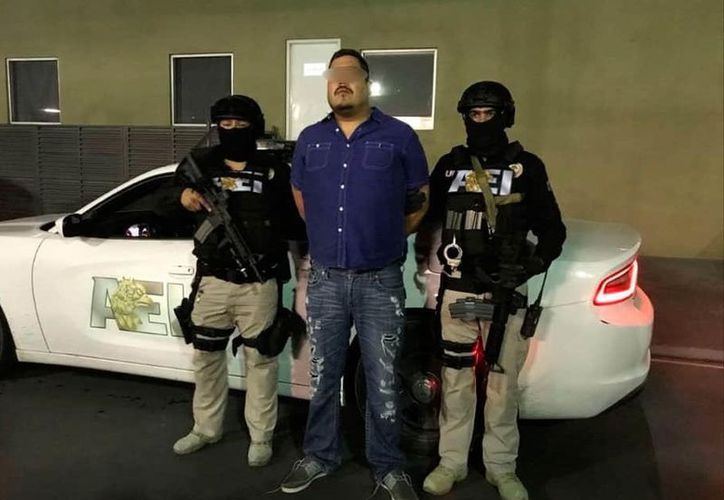 agency
MONTERREY.- The detention of two men and the search for a house caused a strong mobilization of the police this morning in Colonia Cumbres Elite, in Monterrey.

Elements of lat the State Agency of Investigations and the Gendarmerie department of the federal police arrived around 4 pm in the house with number 110 of the street Cumbres de Alcántara, at the intersection with Cumbres de Cádiz, in the seventh sector of the colony.

You may also be interested: Peña Nieto proposes to change the name to the PRI

The authorities have identified the detainees as Hector Adrián L., 35, alias "El Penco" or "La Yegua", who wears a blue T-shirt, and his henchman Cristian Aaron H., 28, who would have been arrested at another address in the area.

It was also reported that both came from the city of Matamoros and had an order to commit the crimes of murder and kidnapping.

Instead, the police stopped a man who was related to a cartel operating in the state.

Apparently it would be a leader for whom a great police effort. The elements transferred the prisoners to an armored unit of the federal police.

On the site, the staff of Expert Services continues to work in the interior, where it is said that various weapons were also found.

The zone remained closed and the police elements continued in the area. At the edge of the house two sports cars and a van were parked, which could belong to the detainee.

Neighbors of the area that observed the mobilization they preferred to hide in their homes for the fear of a violent fact.

With information from the El Zócalo portal.