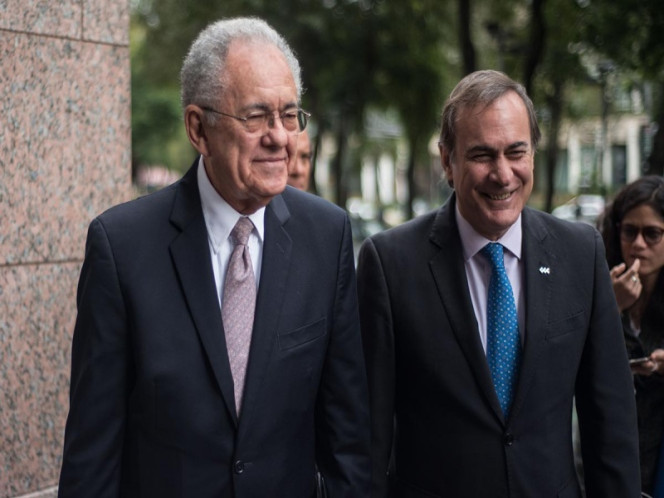 The president-elect team, Andrés Manuel López Obradorand the Business Coordinating Council (CCE), They agreed to review their views on the viability of the New Mexico International Airport (NAIM) being built at Texcoco.

They also agreed to present their results on September 5th.

We talked about the two options that are being handled by the lawyer López Obrador and they have proceeded to carefully analyze them from the points of view they have, "Javier Jiménez Espriú said after leaving the three-hour meeting with the businessmen. .

The postulate as next secretary of communication and transport He told the businessmen that the decision at the airport should be as broad as possible and should respond to the interests of the country.

Juan Pablo Castañón, Chairman of the Business Coordinating Council, pointed out that this organization will review the opinion of the president-elect team, although Texcoco is the best option for them for the air terminal.

We left to study them, we also presented our views (…) They continued to respond to our observations, "he said.

Ratify our position that we believe the ideal location of the airport is where it is currently being built and that it has the greatest feasibility to reduce risk and deliver technology and logistics for the next fifty years, "said the manager .

He reiterated that "authentic" business will revise the opinion with the aviation experts with whom the CCE deals with such problems and acknowledged that it is feasible to reconsider the costs of the Texcoco terminal.

During the meeting, the future civil servant named the entrepreneurs other projects at work: the Maya train and the renovation of the Iha ports, Coatzacoalcos and Salina Cruz.