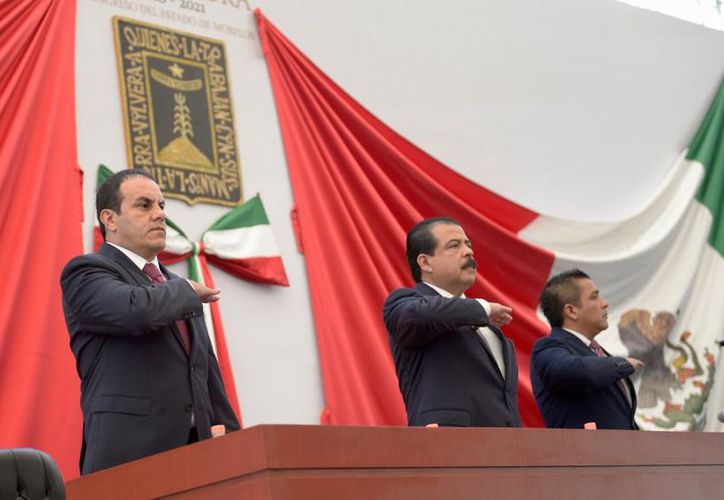 agency
CUERNAVACA, Morelos.- Former footballer, Cuauhtémoc Blanco, He took a protest as governor of Morelos. During a ceremony in the Zocalo of Cuernavaca, he swore to fulfill his duties and I accept that security for the people of Morelos will be a priority for his government.

Olga Sánchez Cordero, represented by the president-elect, Andrés Manuel López Obrador, as Minister of Internal Affairs, attended the inauguration of & # 39; Cuau & # 39 ;, this was published by the Excelsior portal.

In the same way he instructed the commanders of public security so that the new strategy has priorities to strengthen relations between the three levels of government; wants to create the Tourist Police in the state of Morelos, with which it aims to develop the communities that depend on this economic activity, as well as to strengthen and dignify the police of the state and the municipalities, through a strategy of closeness and strengthening of values, those attitudes of service with its citizens.

Prior to his protest as governor, Cuauhtémoc Blanco attended a Mass at the Cathedral of Cuernavaca, accompanied by his wife Natalia Rezende and their three children. During the homily, Father Thomas Toral asked that the former footballer's government work for the people of Morelos, "a city that is in the midst of much trouble because of carelessness, ambition, and corruption of others," he said.

At 10 o'clock in the morning, Cuauhtémoc took control of Blanco, in the Zocalo de Cuernavaca, and because it is a solemn session, the President of the Board of the local Congress will give a message in his capacity as representative of the legislature. After recording, Blanco Bravo will meet the governors of the government palace will protest with the secretaries of the office that will accompany him in his management.

Governor, we invite you every day from your government to ask wisdom, prudence, sensible dialogue and listening with others, to serve their people in the style of Jesus. & # 39;