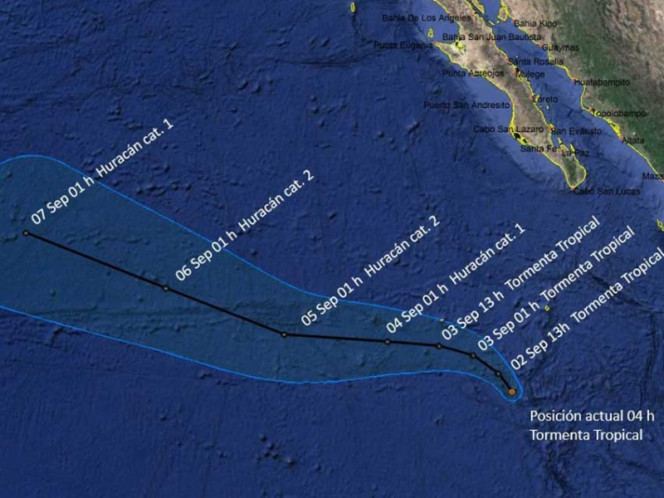 the National Meteorological Service (SMN) reported that tropical depression 17-E intensified to the tropical storm Oliviasouth of the Baja California Peninsula and its circulation reinforces the potential of the rain in Western Mexico.

In the most recent announcement of the body dependent on the National Water Commission (Conagua), he said the tropical depression located 805 kilometers southwest of Cabo San Lucas, Baja California Sur.

You may be interested: due to climate change, rice and wheat lose nutrients

He reported that the natural phenomenon recorded 75 km per hour of continuous wind and 95 km per hour of gusts, with a movement to the west-northwest with 15 kilometers per hour, conditions that strengthen the rain potential in the west of the country.

For this reason, the National Meteorologist urged the general population to take extreme precautionary measures in the areas of these states through rain, wind and waves (including seafaring) and comply with the recommendations of the authorities of the national civil protection system in each entity.