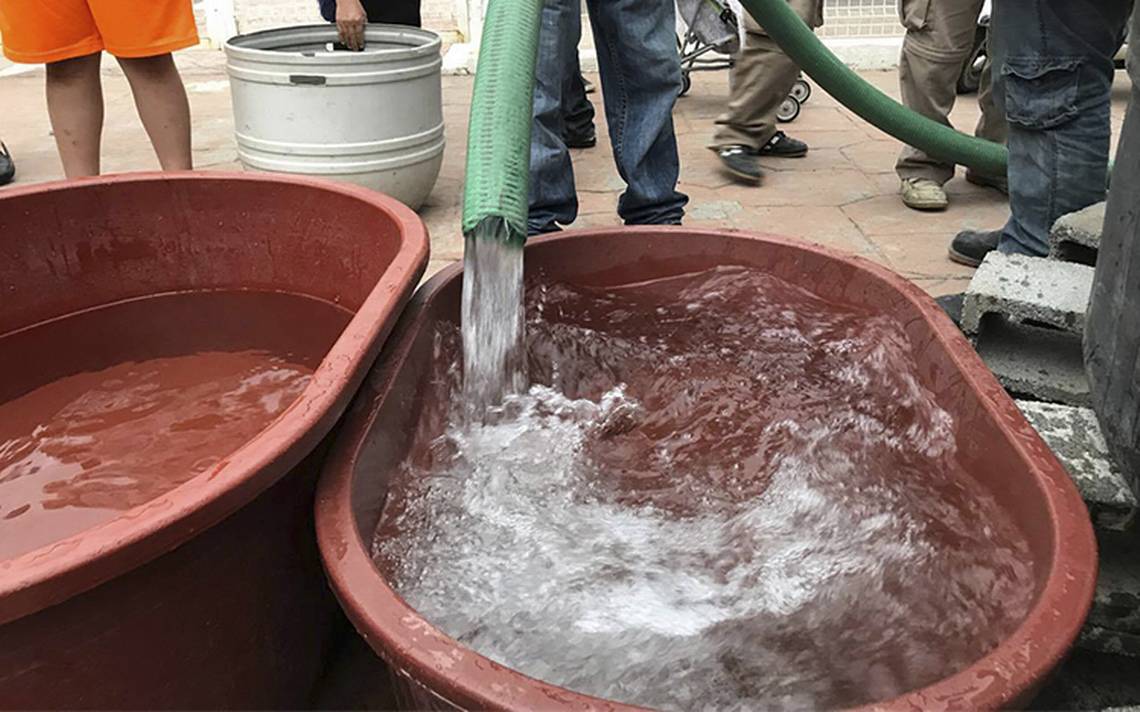 The shortage of water that has suffered about 350 thousand potosinos, will be sanctioned, the state and the municipalities insured, but also analyzed between the State Water Commission (CEA) and the Interapas revoke the contract with the Operator, so they were already turned the ultimatum.

Regarding the problem that led to the cutting of the water supply, Jesus reminded Alfonso Medina Salazar, director of the CEA, that there was a fault in the pipe of the aqueduct, "for our pleasure the failure of the pipe is due to for two reasons: poor constructive procedure of the company that carried out this work, namely Aquos El Realito, or, in the absence of it, we have some concerns about the quality of the materials used for construction. "

He announced that a company will be hired this week to draw up an expert report showing the cause of the damage, and the costs of this advice will be charged to Aquos, in addition to the fact that the report must be considered. be taken. the inspector of the state, so that he also carries out an investigation.

On the other hand, David Reza Crenshaw, spokesperson for the Interapas, said that the water supply on Sunday in the greater part of the area was regularized by the leak in the aqueduct of the El Realito dam and by the blockade of ejidatarios in Guanajuato. water treatment plant.

reported during the morning of this Sunday was checked whether there was already water in colonies such as Graciano Sanchez, San Juan de Guadalupe, Simon Diaz, national anthem 2nd section and Balcones del Valle, and some points missed in Satellite and San Leonel.

On the side of the State Water Commission (CEA), the technical secretary Antonio Pérez Méndez, indicated that in these days there were 22 Pipes from Interapas that went to water to the affected colonies, in addition to 8 tankers from the National Water Commission (Conagua). ), 6 of the CEA, and others from the City Council's Social Development Department, acknowledged that individuals who have their own sources used the opportunity to go out and sell water to the affected areas, so that about 80 pipes "visit" the population.

The Director of the CEA reiterated that the delay in repairing the leak in the aqueduct was due to the fact that the operating company did not have the necessary equipment to carry out the replacement and added that the service contract "It is very clear and state that they are obliged to have sufficient stock in stock, so that in the event of a fault in the guidance line, the pump installations or the water purification plant, they must have it at hand, so that the operation is suspended the least amount of hours possible; they had this material on hand, the offer would not have been interrupted for a maximum of 12 or 14 hours ".

"The technical secretariat and the management of the CEA's construction together with the Interapas are working to determine the amount of the conventional fine laid down in the contract, which will depend on when the supply was interrupted and the volume of water that was still over. "

In addition to the usual fine, an ultimatum was set that allowed actions to be taken to terminate the contract to the operating company if it does not have materials to deal with defects within a period of up to 30 days, such as the problem in this case.

The company responsible for the aqueduct of the El Realito dam is not only unable to comply with the obligation to have material to repair faults, but also with commitments entered into with San Luis de la Paz ejidatarios, who took the facilities of the water treatment plant on Friday and left the potosinos without water.

Pérez Méndez stated that one of the unfulfilled obligations is the repair of any damage caused by the construction of the aqueduct, in addition to the fact that the fence from the road to the dam was not completed.

He specified that the ejidatarios consist mainly of livestock activity and that their animals graze along the aqueduct, but livestock has been lost due to the fact that the housing has not been completed.

Medina Salazar pointed out that on this occasion the authorities of Potosí had to intervene to unblock the conflict, "we sent human and economic resources, machinery and equipment", and the efforts of the ejidatarios with Guanajuato to support their requests will be supported.

The director of the CEA acknowledged that "we were clearly overwhelmed" by this unforeseen event, because the technical secretary explained that events were combined that had a negative impact, because the Interapas, once the aqueduct was operational, took the opportunity to make the wells. They always provided service in the area now provided by El Realito, so they could not be reactivated during this problem.