Explosion in the restaurant leaves several casualties in Coyoacán 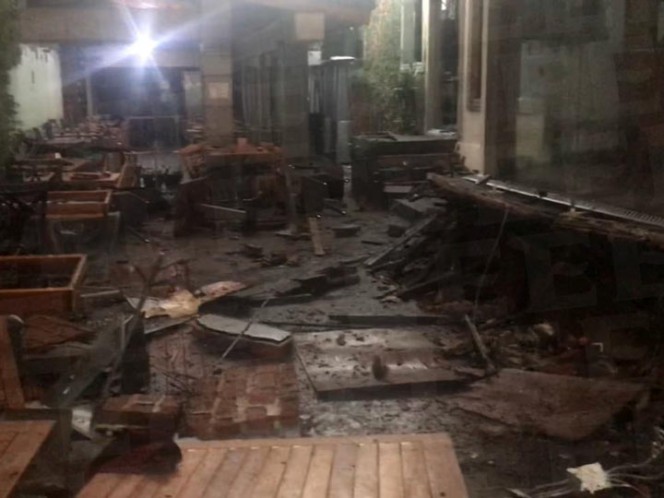 This Tuesday reported an explosion in a Japanese restaurant in the colonia del Carmen in the Coyoacán delegation, south of the capital.

Several people between employees and guests were injured after the explosion in the building with a company name "Daikoku" located in the street of London number 248.

Firefighters from Mexico City, Red Cross and Civil Protection arrived at the scene of the emergency explosion for the wounded, two employees and four guests were transferred to different hospitals near the area for medical care.

As elements of the Secretariat of Public Security (SSP) of the capital the area deposited in a series of two blockss for the work of emergency teams and the safety of the site.

The blast was so strong that the area of ​​the tables and part of a wall were destroyed, various pieces of bricks, concrete and wood were spread throughout the restaurant.

In this 16 CDMX scenario, the mega-simulation takes place

On the site, the competent authorities collect the relevant evidence to carry out the investigation and determine the causes that caused the explosion.

Some employees of the restaurant are offered to the Public Prosecution Service to explain their facts and determine their legal status.