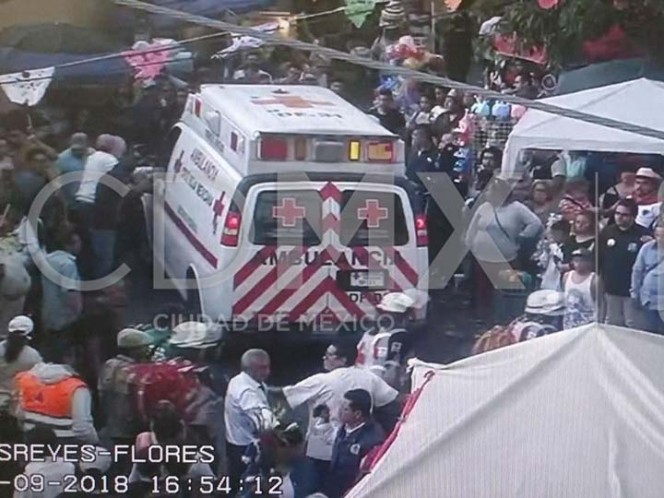 Four people injured left the pyro explosionone in the near Los Reyes, en the Coyoacán delegation.

by burnsOne of the people was transferred to a hospital and another was attended by paramedics on the site. Two others received attention nervous breakdowns

The incident was presented when the pattern festivities were related to theto Parish of Los Santos Reyes and the Lord of grace.

The explosion caused damage to the glasswork of neighboring buildings and in the same parish, although structural damage was excluded, according to Fausto Lugo, head of the civil protection secretariat of the capital (SPC).

The official reported that the explosion occurred when those responsible for pyrotechnics They were about to launch missiles.

The people who had been hired to burn this fireworks because they had an accident, because what they were referring to as part of what was observed at the beginning, was that they were already in the firing line of the missiles, something must have happened accident like in such a way that all the pyrotechnics they had intended for that holiday was lighted, "he said.

Report explosion of pyrotechnics in Coyoacán

Lugo indicated that work was being done to remove damaged glass from the parish.

But he added that the freligious stems in the parish and the pilgrimage in nearby streets would continue as soon as the risk of broken glasses was softened.