Impressive images of the flooding in Nogales, Sonora 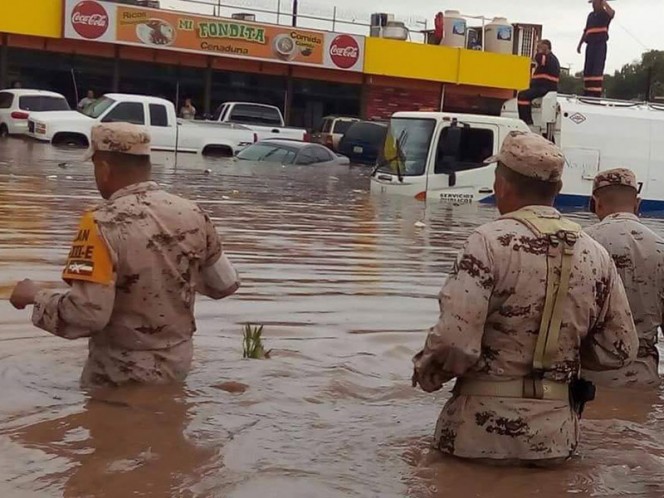 Cars & # 39; s driven by the strong current of the streams, flooding In several colonies south of Nogales and a huge car free chaos, it was the result of a strong storm that registered on this Thursday morning in Sonora.

As advanced by the civil protection unit, a heavy rain hit with violence in the border city.

The meteorological phenomenon starts at half past ten in the morning with a duration of about 45 minutes, enough time for it Let the streams grow Chimneys, Orizaba, Camino Viejo to Cananea and Avenida Álvaro Obregón, where the flood of several companies was registered.

In that part of the city, between the Caribbean and El Greco bridges, a huge lagoon arose and several vehicles were stuck, including a clean truck where the occupants had to climb into the shell of the unit, waiting to be saved.

Despite having had it 37 millimeters of waterthe civil protection unit reports a white balance, but without quantifying the material losses.