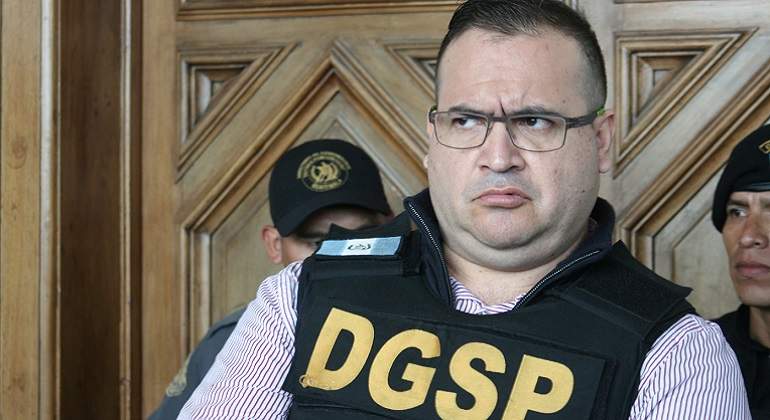 The former governor of Veracruz, Javier Duarte, was able to conduct his judicial proceedings in freedom, after the Prosecutor General of the Republic (PGR) had withdrawn the crime of organized crime and had once again designated it as a criminal organization.

Duarte, who has been detained in Mexico City's North Prison since July 2017, could be granted temporary release in the mid-term, because the new crime does not take into account unofficial preventive detention, according to the Reforma newspaper.

In the charge before a federal judge, the PGR only retained the crime of operations with funds of illegal origin, popularly known as money laundering, and added it to criminal association.

Duarte would not be immediately free because he had decreed preventive detention justified by money laundering, in addition to undergoing two processes to be followed in the Veracruz joint jurisdiction. However, you can take legal action to redistribute the imposed precautionary measure and start your preliminary release procedure within a few months.

Once the formal accusation has been presented, the judge will now agree to the date of an in-between hearing in which the legality of any evidence for a possible trial will be discussed. This hearing must be held within 30 to 40 calendar days, with a maximum extension of 10 days.

The PGR has reported that he is still waiting for various bank reports that he has applied for with Duarte since September 2017 and that the amounts are unknown.

At that time, the PGR claimed that Duarte was the leader of a criminal network that turned over 1,670 million pesos from the Treasury Veracruz, although the loss could amount to 3,148 million.

Looted funds were introduced into the financial system by ghost companies that were also used to purchase multiple properties.

According to the newspaper El Financiero, one of the test data that the PGR claimed to have is the statement of four of Duarte's friends and ex-employees, public documents of the creation of companies, bank statements and public acts of companies.