Laguna Om, in Quintana Roo, disappears in less than 24 hours 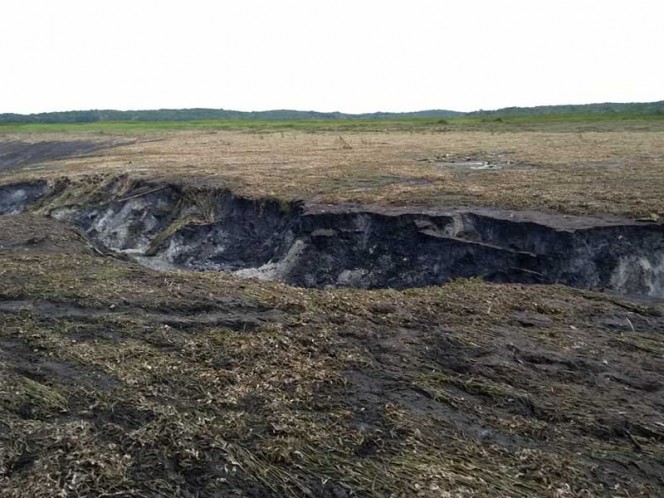 The lagoon of Om, also known as Chakanbakán, located in the community of Nicolás Bravo, in Quintana Roo, disappeared in less than 24 hours to be drained by three sinkholes, one of them has a diameter of 10 meters.

This was reported by the deputy of the National Water Commission (Conagua) in the entity, José Luis Blanco Pajón, at the same time, after being deflated, in a natural way a dike or dam was formed that made it possible to concentrate water on a specific point of the lagoon system.

The official stated that The tunnels are naturally created and have ruled out that the use of tractors in the area has been misused; He indicated that the Conagua would seek state aid to strengthen the dam with a dam to prevent the water from going to the other side and being lost in the three sinkholes.

Because of the carvernosa structure of the Yucatan peninsula, the underground currents wash the upper part and at a certain moment, the weight deviates, the tunnels open and the water goes to the underground riverslike it happened, "he said.

The lagoon in the Om Ejido It covered about 20 hectares and 80 percent of the water was lost; what left dead fish, turtles and crocodiles on the mud.

In this respect, the mayor of Nicolás Bravo, Ady González, indicated that there are fears that there will be gaps in the archaeological zone of Chakanbakán, considers ecological reserve, located around the lagoon, about 90 kilometers from Chetumal, via federal highway 186, Chetumal-Escárcega, close to the borders with Campeche and the intersection of the city of Caobas, indicates in its report Quadratin agency.