Laguna suddenly dries in QRoo; neighbors are afraid of the worst 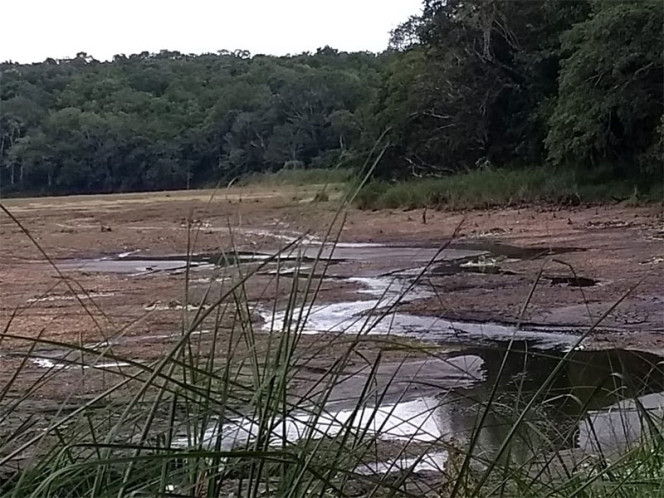 And while the specialists determine the causes of the drought in the lagoon, the inhabitants begin to influence their economy – Photo: Twitter @ibanqroo

Among the residents of Nicolás Bravo, Quintana Roo, there is fear because of the sudden way in which the Chakanbakan lagoon It dried up the night last Tuesday.

As residents it affects us in the sense of tourism that we have to protect for 15 days or a month, because of the problem that the break had the road above it, the same for the lack of water, the road came down, "said Luis Alberto Argüelles Salazar. , ejidatario of Laguna Om.

Because of the facts, the fauna that inhabited it was excluded.

Many people already feel alarmed because they do not know to what extent the consequences can be incurred, "said Argüelles Salazar.

And while the specialists determine the causes of drought of the lagoon, settlers begin to influence their economy.

Apart from what has been discussed before, ecotourism will be influenced and already affected, in fact there are rumors that the Kohunlich company will no longer work in this area that represents an income for the community of Nicolás Bravo, especially for the ejidatarios, "he added.

The governor of Quintana Roo, Carlos Joaquín Gonzálezassured that the phenomenon that had already been registered in other places for the time being does not present any risk to the population.

Conagua says there were about 3 holes of different measures, most of the water was gone, it had already passed in other places, you have to do a whole revision of the subsurface to know why they happened in that area and that is what that will not work happily at the moment, but of course you have to ask the experts to make these revisions, "he explained.

Although the level of the lagoon has begun to rise through the rain and a small source that fed it, the inhabitants will have to wait indefinitely and not lose hope that it will recover in its entirety.

The good thing that does not help the deposit we have there in the southern zone, we have a spring to refill the lagoon, "said Argüelles Salazar.

Laguna Om, in Quintana Roo, disappears in less than 24 hours