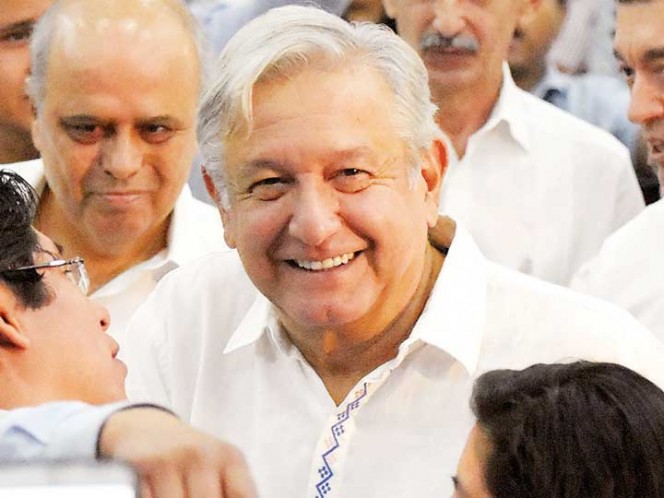 The elected president, Andrés Manuel López Obrador, asked the teachers to "fulfill their responsibility" to go to the classroom – Photo: Special

By starting the forums that the Education reform driven by the current government of the Republic, the elected President of Mexico, Andrés Manuel López ObradorHe demanded that the teachers of the land "take their responsibility" and not take themselves out of the class.

With the aim of "wiping out the bad image" that was spread to the teachers' union in the current administration because of the rejection of the educational reform, López placed Obrador as the only condition for the demands of the Chiapas teachers to be present every day for their students, because they have reported communities where teachers are only & # 39; from Tuesday to Thursday & # 39; are being presented.

What else do we offer? We will fulfill by conviction, by principles, zero authoritarianism, zero repression; What do I ask the teachers of Mexico? That the commitment is made to fulfill his duty, with his responsibility: zero absence. I have just been in a community in Chiapas because I always travel through the country.

I was just in a community in Palenque, on the outskirts of Ocosingo, Arroyo, Jerusalem and talking to people. I got to see the trial, the complaint that the teachers were growing a lot, that they were attending their classes on Tuesdays and they retired Thursday, we do not want that school week, "he said.

Earlier, the future president of Mexico agreed with the requests of the National Coordinator of Education Workers (CNTE) in Chiapas to establish an "immediate and permanent" dialogue with the future government of the Republic and to initiate the procedure for the release of political prisoners in the state.

In his approach to teachers, López Obrador promised to respect the teachers of Mexico and never to start one smear campaign.

But he stressed that the commitment of everyone is needed in the new democratic government.

We all have to act in a responsible manner, so that conservatives who are against public education have no argument at all. & # 39;