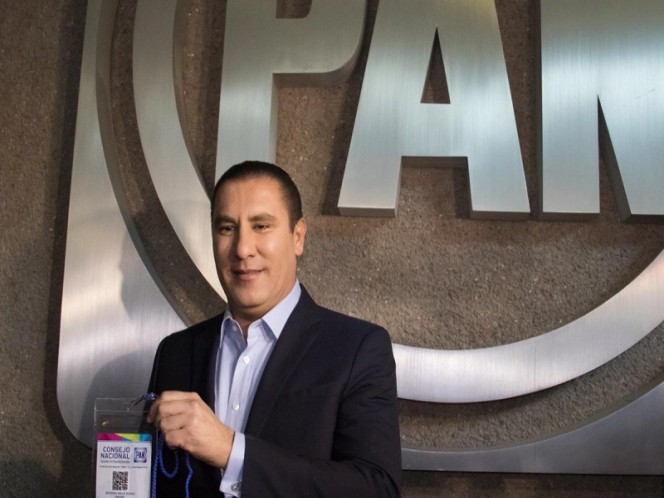 The former governor of Puebla has not ruled out that he could be the coordinator of the senators of the National Action, because he recognized that he had the merit of being a legislator. Photo: Cuartoscuro

Former governor of Puebla and Senator-elect, Rafael Moreno Valle, called to avoid a "civil war" in the National Action Party (PAN) and reach consensus among all leaders to have a "unitary candidate" national leader endorsed by the PAN militancy.

I believe it is time in the PAN unit, and in this context we are looking for a big agreement, where the governors, the mayors of the important municipalities, integrate different political actors and of course the current leadership for a civil war in the party. that would weaken us a lot, "he said.

At the headquarters of the National Executive Committee (CEN) of the PAN, where the elected senators of the party carried out the work of the first plenary meeting, Moreno Valle insisted that, if no unity agreement was reached within the party, the election results in forthcoming elections can even be more disadvantageous.

That is, we see a complex scenario and I believe that we need to promote unity and that is why the dialogue is open and we are willing and able to set aside a legitimate personal ambition, regardless of the positioning to try to build that unity and that. Everyone has a space, we look for the right profiles and we also avoid that train collision in the PAN.

"And for that reason I think that the issuing of the convocation is postponed to open up the space for that dialogue and it is the spirit we are in at the moment, hoping something can be achieved," said the former governor.

In the same way, Rafael Moreno Valle pointed out that even when it appointment of the parliamentary coordinators of the PAN in the Chamber of Deputies and in the Senate of the Republic are powers of the President of the CENDamián Zepeda, these names, must also be the product of consensus.

Former governor of Puebla he does not exclude that he can be the coordinator of the senators of the National Actionbecause he recognized that it deserved to be a legislator, who held positions as a public official and exgobernador.

Moreno Valle pointed out, for example, that the parliamentary coordinators of the other political parties in the Senate were governors for the next term.

And indeed, the future parliamentary coordinators, Ricardo Monreal, of Morena, were governor of Zacateca; Miguel Ángel Osorio Chong, of the PRI, was the governor of Hidalgo and Miguel Ángel Mancera, of the PRD, was head of the Mexico City government.

On the other hand, the likewise candidate to the national leadership of the PAN, Marko Cortés, met with Felipe de Jesús Cantú, who had become the winner of the Mayor of Monterrey and his victory was declared null and void by the Electoral Tribunal of Nuevo. León.

The entire PAN CEN, in the voice of its national leader, Damián Zepeda, as well as the elected legislators of National Action offered their support to Cantú, as well as to Pedro Garza, who was declared the winner in the municipality of Guadalupe, Nuevo León.

Zepeda Vidales said that they expect both decisions to be reversed in the Electoral Court of the Federal Judicial Branch (TEPJF).