Rains in Durango takes the lives of two drivers 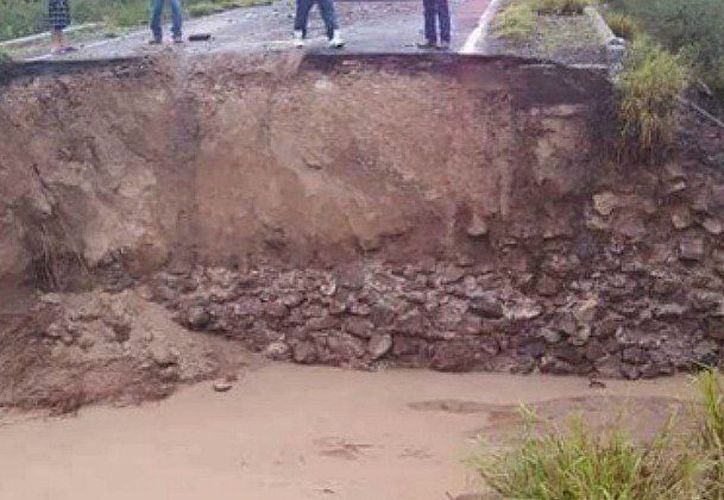 agency
CUENCAMÉ, Durango.- Two drivers died and the crew member of another car was injured when the vehicles were towed by the flow of water after the fall of a bridge and the overflow of the Nazas River, the early hours of this Sunday.

According to information from Vanguardia and social networks, the first case happened when the bridge linking the town of Pedriceña with the municipality of Nazas collapsed where a Toyota Corolla car fell.

The deceased driver was identified as Carlos Enrique Machado Esparza, 39 years old, with residence in the city of Ignacio Allende, municipality of Guadalupe Victoria,

The other deadly victim was Rosendo Álvarez Román, 42 years old, who lived in the ejido Las Mercedes, in the municipality of Cuencamé.

informal
In Durango, heavy rain showers cost the lives of 2 people who traveled on a road from the village of Pedriceña, which connects the municipalities of Nazas and Cuencamé, it is said that the rúa collapsed. @LaVozdeDurango pic.twitter.com/J0hg6X7IP0

This person manned a Ford truck himself that was dragged to the height by the current from kilometer nine when crossing the stream of the dam "El Zorrillo".

As for the wounded woman, she is identified as Antonia Medina Chavarría, 45 years old, living in Nazas, Durango.

She was the man of a Ford Focus car, where she to his place of residence when the flow of the river Nazas dragged her along.

Elements of the various police, rescue and rescue companies travel around in case more damaged vehicles or people are at risk.