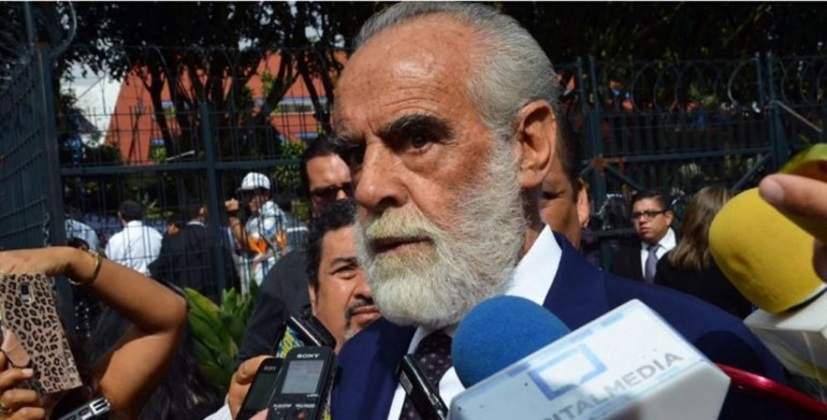 The former presidential candidate of the National Action Party (PAN), Diego Fernandez de Cevallos, has ruled out the odds this morning to lead the party to which he belongs.

In an interview with Grupo Fórmula, Fernández de Cevallos thanked several PAN members as a favorite to lead this political power, but he assured that new leaders should be replaced.

"I appreciate the preferences, but I have to be consistent with what is being said and thought, and I have repeated that the leaders in the PAN must occupy a second or third row to make room for new leaders, we must be congruent and I I am required to be aware what the trench is to improve my party and my country, "he said.

This is after a survey by the company Massive Caller positioned Cevallos as a favorite for the national leadership of the PAN.

He explained that in the context in which the blue-white one lives after the loss of the presidential election and in several states, it is time to worry because new faces are coming to the party, not like other parties who accept the garbage & # 39 ;.

In this sense he denied being frustrated by the defeat of former presidential candidate Ricardo Anaya on 1 July.

About the studies and the "citizen" consultation to determine whether the New Mexico City International Airport (NAICM) continues, Fernández de Cevallos confirmed that Andrés Manuel López Obrador is fooling the people of Mexico, because in the end it will happen that he want to have done.

He added that, although López Obrador has proposals that are very good and have even won the affection of many people, these are overshadowed by the bad ones, including those of the consultation about the megaobra built in the Texcoco lake.

"There are so many incidents, because it is possible that the next president says he is going to do a consultation if he decides what he wants and commits a stupidity that is not lagging behind in the history of the world, in no country is the construction of an airport, "he said.

He stressed that for López Obrador "people are wise when it suits them, they mock the Mexicans before they reach the presidency, it is a mockery for millions of Mexicans."