Ridiculous that wearing a shirt wants to become a senator: Samuel García 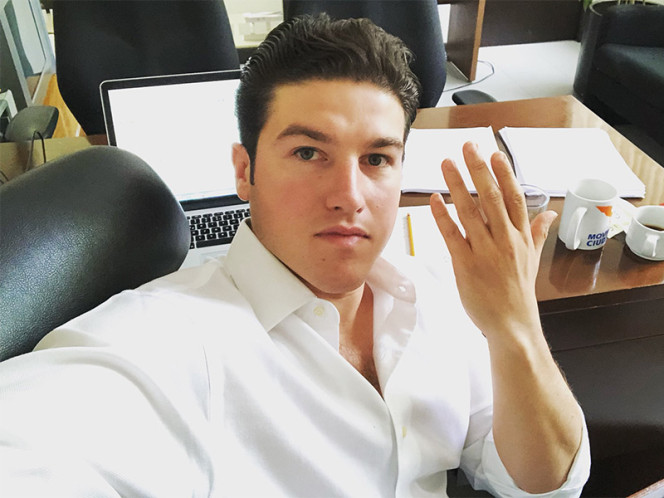 I've never seen a sentence in which they want to influence or punish without a legal basis or precedent, Samuel García says – Photo: Twitter @samuel_garcias

After the decision of the higher chamber of the Electoral Court of the federal judicial branch (TEPJF) against him for the use of trademarks on sports shirts during your campaign, Samuel García He argued that they found nothing against him "no boxes or other elements and they came to absurdity".

the Senator-elect from Movimiento Ciudadano He responded to the accusations that could jeopardize his victory in the race, because the INE was instructed to review his campaign costs to see if he did not exceed the limit.

The brands and the Mexican Industrial Property Institute have already indicated that there is no payment, contribution or contract between the brands and Samuel García, "he explained.

He emphasized that he was surprised by the sentence that was issued early Monday morning.

I am surprised and above all bewildered that I have never encountered a sentence in which, without having a legal basis or precedent, they want to influence or punish democracy and attack immediately, "he emphasized.

Garcia was interviewed by phone since he was in Mexico City.

It is even ridiculous to think that by wearing a Tigers or Tri-shirt they want to disable a senator who has shown that he is brave, "he said.

He noted that they found no arguments against him or boxes or other elements.

Although he disagreed with the TEPJF resolution, he noted that he respects it.

Now, what he expects is that the INE is reasonable when quantifying.

He reminded the former candidate of "Together We Will Make History" to the presidency of Mexico, Andrés Manuel López Obrador I wear a jersey from the national team and the Dodgers and nothing happened.

Even his prosecutors Alvaro Suárez and Jorge Mendoza campaigned with the Tigers shirt and did not approve of them.

It is not right that they are not touched, "he said.

Samuel added that the INE can do quantification until Saturday.

INE determines the potential benefit of Samuel who gave Mexico's shirt, Tigres shirt, a prize, an irrational price and added it and let the case die, "he said.

He added that he is confident that it will be a minimum amount.

It will satisfy the sentence, a precedent is left to my judgment is not correct, not good and we suspend this problem, "he said.

He pointed out that he will not allow folly as putting one shirt of the Tigers affects the mood of half a million Neolons.