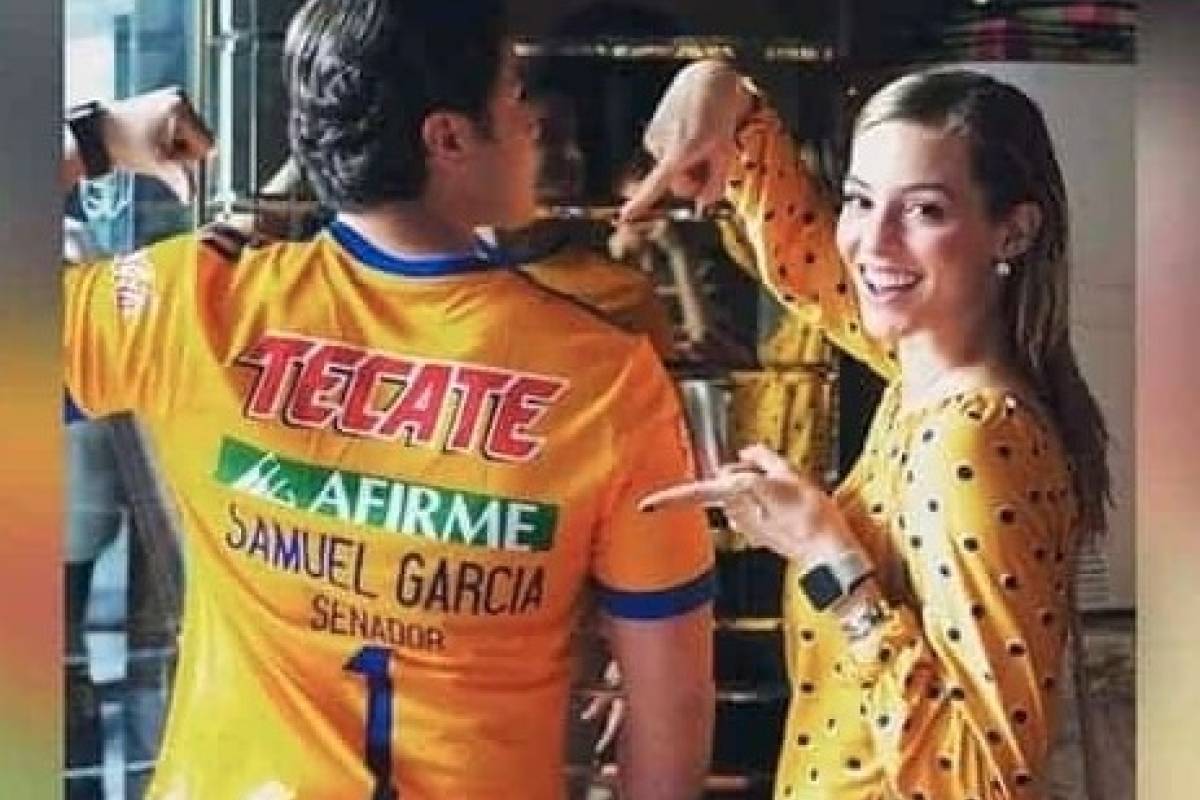 The alleged irregularities committed by the candidate for Senator of Movimiento Ciudadano and Partido Accion Nacional in Nuevo Leon, Samuel Garcia during his election campaign, had to change the shirts of the Mexican national team and the Tigers Soccer Club, which was a violation in the cap of campaign costs .

In this way, the full session of the Supreme Court of the Electoral Tribunal of the Judiciary of the Federation (TEPJF) revoked the ruling of the Regional Chamber of Monterrey and the General Council of the INE which approved the victory of García Sepúlveda.

The elections were contested by the Green Ecologist of Mexico (PVEM), the Institutional Revolutionary (PRI) and Morena parties.

The electoral body determined that the candidate for a Senate used the sponsorship of sportswear to their advantage, after the parties who complained that Garcia would have to pay about 76 million peso of marks to use, exceeding the cap of campaign costs set at 17 million.

And it is that Samuel García has intervened the sports shirts to add his name, function, slogan and hashtag of his campaign.

Hence, the complainants claim that the candidate has used brands such as Adidas, Tecate, Star Wars, The Home Depot, Telcel, AFIRME and Coca-Cola to support their conversion activity.

However, Samuel García stated that the INE attended the complainants and demanded a series of demands on the brands appearing on the football shirts to ask them whether they had received money from the politician or whether they had renewed a contract to use the shirt, and the answer was negative.

"I have not paid anything, all brands have accepted that they have not received any money from me and that they do not sue me because the use of the shirt is for those who buy it without commercial interests," he said in an interview with Milenio TV.

He complained that this kind of action was being done by Andrés Manuel López Obrador, with the shirt of the baseball team Los Angeles Dodgers, and José Antonio Meade, with that of the tricolor team.

"The candidates who demand that my campaign costs be added to some concepts that are immeasurable, but I am not worried or doubt that they will not add as much as they are important and will not affect the election of 566 thousand votes from Nuevo León, " he said.

He noted that if the laws were clear he would have worn white shirts during his campaign and asked his INE to support the presidential elections.

"He is behind me because I am anti-system and I do not agree with the sentence." Álvaro Suárez shared the calendar of the games with the image of AMLO and because he did not lose anyone, "he said.

Most seen on Publimetro TV: