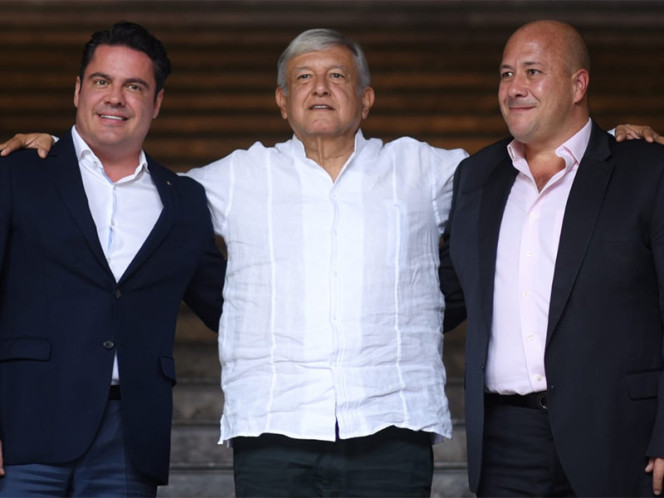 The elected president of Mexico, Andrés Manuel López Obrador, held a working meeting with the Governor of Jalisco, Aristóteles Sandoval Díaz, in which it was agreed to continue with the social programs that resulted in the entity.

Through your Twitter account,@AristotelesSD, the governor of the state specified that they also agreed that it support they come directly and without intermediaries to all Jalisco families.

The governor-elect of Jalisco was present at the meeting, held in the Palace of the State Government, Enrique Alfaro Ramírez.

This afternoon I received the elected President of Mexico, Andrés Manuel López Obrador, in the government palace. @lopezobrador_ and the governor of Jalisco, Enrique Alfaro, @EnriqueAlfaroR. pic.twitter.com/zsGg0nzkAg

Meanwhile, the president-elect also tweeted a video of the meeting with Aristóteles Sandoval and Enrique Alfaro, where he explained a bit about the history of the government palace of Guadalajara.

We met the current governor, Aristóteles Sandoval and Enrique Alfaro, governor-elect, in the historic government palace of Guadalajara, Jalisco. pic.twitter.com/BGN8EnFShx